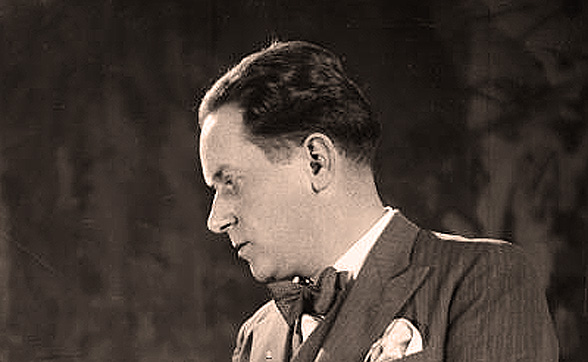 Marcel Delannoy - primarily known as a film music composer - but that didn't stop him.

Marcel Delannoy – primarily known by many lately as a film music composer – but that shouldn’t stop you.

Over to Paris again this week for a performance of the Piano Concerto di Maggio op. 50 by Marcel Delannoy, with pianist Helène Pignari and Orchestre Maurice Hewitt, conducted by Maurice Hewitt.

Delannoy’s music has fallen into some neglect since his death in 1962. He was a prolific composer who wrote a wide variety of music, from chamber to vocal. He has been known probably most recently for his many film scores.

Marcel Delannoy was born at La Ferté-Alais, Essonne, France. He initially studied painting and architecture and entered the École des Beaux-Arts, but at age 20 he took up music. Having been mobilised during the First World War, he then worked as an artist. However, he was initially self-taught and never attended a conservatory, but he did receive some encouragement from Arthur Honegger (whose biography he wrote in 1953) and some lessons from Alexis Roland-Manuel and André Gedalge. He made his name with the opera Le Poirier de misère (1927), which attracted favourable commentary from Maurice Ravel, among others. That same year, he was one of ten composers who collaborated on a children’s ballet, L’éventail de Jeanne (contributing the ‘Bourrée’).

In 1932, Delannoy was one of five composers approached by the producers of the film Don Quichotte for a series of songs to be sung by its star, the Russian bass Feodor Chaliapin. The other composers invited were Ravel, Jacques Ibert, Manuel de Falla and Darius Milhaud. Ibert’s setting was chosen for the film.

He wrote criticism for Les Nouveaux temps, where he reviewed the first Paris performance of Olivier Messiaen’s Quartet for the End of Time on 24 June 1941, in which he strongly objected to the written commentary accompanying the work.

The Association de Musique Contemporaine (AMC), of which Delannoy was a committee member, included his works in its early concerts of 1940-41. He also became a member of the Groupe Collaboration. Although showing the influence of Honegger, Delannoy carved his own separate path somewhat apart from contemporary trends.

Delannoy married the pianist Lisette Claveau. He died in Nantes. There is now a Rue Marcel Delannoy in his birthplace of La Ferté-Alais.

This weekend it’s his Concerto di Maggio, which hasn’t been recorded commercially and, by all appearances, this is the only recording of this work. From a broadcast performance over Paris Radio (ORTF) circa 1955 featuring a collaboration by two celebrated figures on the French music scene in the 1950’s.

Another rare one to add to your collection.