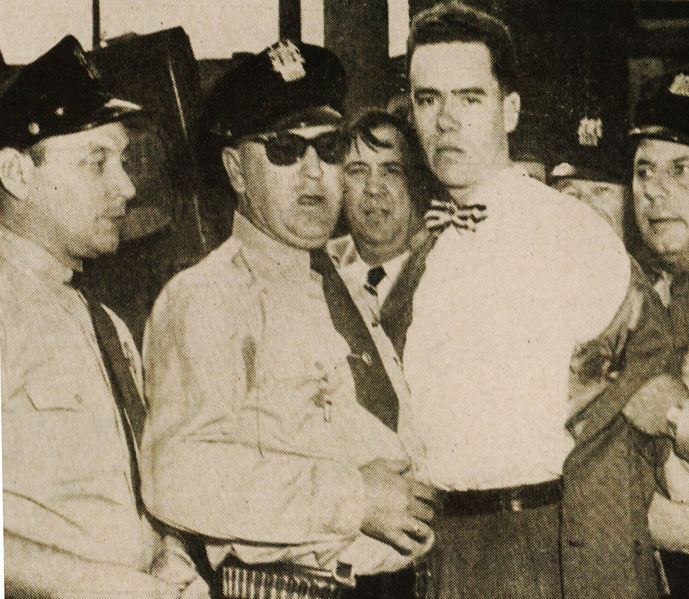 A week where the vagaries of Human Nature went haywire, this September 10th in 1949.

Starting with news of a deadly mass shooting in Camden New Jersey. The lone gunman, Howard Unruh, claiming people were saying bad things about his character, went on a shooting rampage, indiscriminately killing some 13 people and wounding many others, before running out of ammunition and retreating to his apartment where he was teargassed into submission and taken into custody. Questioning his sanity, the bible-toting mass murderer told police he knew exactly what he was doing. And what he did was create the worst mass killing in U.S. history as of 1949.

The other example of vague Human Nature for this week in 1949 came from Peekskill, New York where crowds of quasi-anti-communist-but-predominately-racist demonstrators went on a rock throwing melee over the appearance of noted singer/activist Paul Robeson, who was there to perform a concert of Spirituals. The Joyous Noise Unto The Lord was drowned out by the Odor of Nasty.

It was an off-year election. President Truman was stumping for fair Labor laws and price supports while the Republicans were blasting Truman for being a Socialist. John Foster Dulles was being coy about running for election in the special Senatorial race in New York against challenger New York Governor Herbert Lehman. Dulles was appointed Senator in July, filling a vacant seat. He was on the fence about making an official run, but it was more-or-less assumed he would.

Primitive artist Grandma Moses celebrated her 89th birthday this week in 1949. Cricket season was in full swing in the UK.

On Capitol Hill – debate on continuing aid to Chiang Kai-Shek and the rapidly crumbling Chinese Nationalist government. Fears of world-wide Communist influence were fueled. Of course, by the time of the debate, Chiang Kai-Shek had resigned as Premier and the Nationalist government had already relocated to Formosa, taking several hundred million dollars worth of gold with them. So it seemed like a lost cause.

All that, and a lot more happened on this week of September 9th 1949, as reported by NBC Radio’s Voices and Events weekly series.