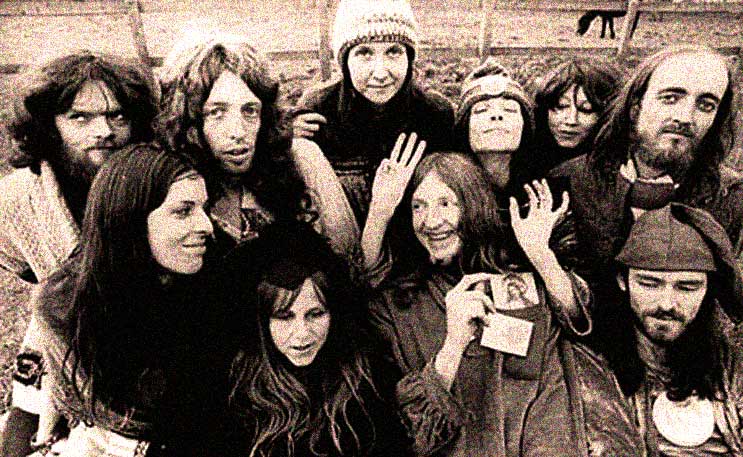 Gong - Took Psych and Prog on a roadtrip together and never looked back.

Gong – In Session 1973 – Nights At The Roundtable: Session Edition

Gong – Took Psych and Prog on a roadtrip together and never looked back.

Earlier this week I ran a session by Gong alumnus Steve Hillage, recorded in 1976, after Hillage had left Gong. Tonight it’s a Gong session (the third for John Peel), recorded at the BBC on May 29, 1973. It prominently features the guitar work of Steve Hillage and one of the most memorable of the lineups of that legendary band.

Gong were that interesting bridge between Psych, Progressive Rock and Progressive Jazz. And because of that, they were hard to pin down for a specific genre. Further confusing matters was the iconoclastic adventures of founder Daevid Allen and periodic excursions into head-driven fantasy with such off-the-wall references as The Pothead Pixies and the mythic Radio Gnome. Goofy, in that drug induced haze of imagery, but somewhat distracting in that it was something of a smokescreen for a very intelligent, forward-thinking and adventurous band. It should be noted that, among such luminaries stopping for a stay; both brief and extended, was Avant-Garde Jazz trumpeter Don Cherry who was with the band during the formative days of 1967-1968. But the list doesn’t stop with him and it’s a virtual who’s who of what was one of the most far-reaching bands in the Progressive idiom.

Only two numbers in this set, but together they come to a little over 18 minutes.

Hearing it, you’ll understand why Gong were repeat guests on the Peel program. You just never knew what to expect. But you were never let down.