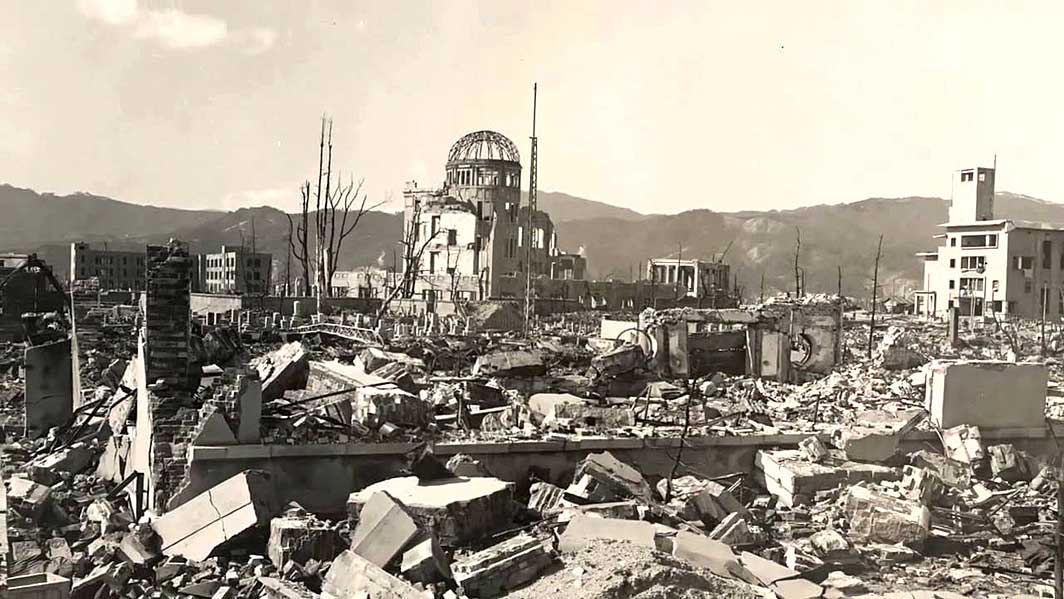 As the news slowly surfaced, the full impact wouldn't be known for years.

Hiroshima: As the news slowly surfaced, the full impact wouldn’t be known for years.

As news on this August 7th in 1945 continued to trickle in regarding the Atomic Bomb dropped on Hiroshima, many hours after the fact, the impact and repercussions of this new and horrific weapon in our arsenal were largely unknown.

They were celebrating in Oak Ridge, where the bomb had been developed. They were wondering on Capitol Hill, what this meant in the bigger scheme of things; could there be a peacetime use for Atomic Energy, and shouldn’t an agency be set up to consider that. They were wondering on the street; was this ultimately a good thing or a bad thing?

No one knew for sure. All anyone would say, on this August 7th in 1945, was that it was the best-kept secret of the War and it had been in development for a long time, and reports were still sketchy as to the extent of damage.

On this day, they were reflecting the on the aftermath of the new bomb on the city of Hiroshima, but there was still a war going on.

B-29 and Mustang raids were still going on over Tokyo and other cities in Japan. Reports of British planes raiding Tokyo for possibly the first time in the war – news of the continuing War in the Pacific had a routine air about it, as the focus of attention was on Hiroshima and what was on the horizon.

The general feeling was, even though news of the Hiroshima attack was just in the process of being digested, there was the nagging suspicion it was only a harbinger of bigger things to come. Washington sources were speculating that perhaps Tokyo itself would be the next target of an Atomic attack, or one of the other large cities in the coming days. In Britain, there was speculation a new surrender ultimatum would be given soon and the bomb would be the cause of shortening the war. However, others felt the invasion of Japan was inevitable and that troops coming back from Europe were being readied for deployment in the Pacific – with many feeling the war wouldn’t be over anytime soon.

And, with not much else being talked about in the news, that’s what was happening on August 7th 1945, as reported by the CBS Morning News Roundup.