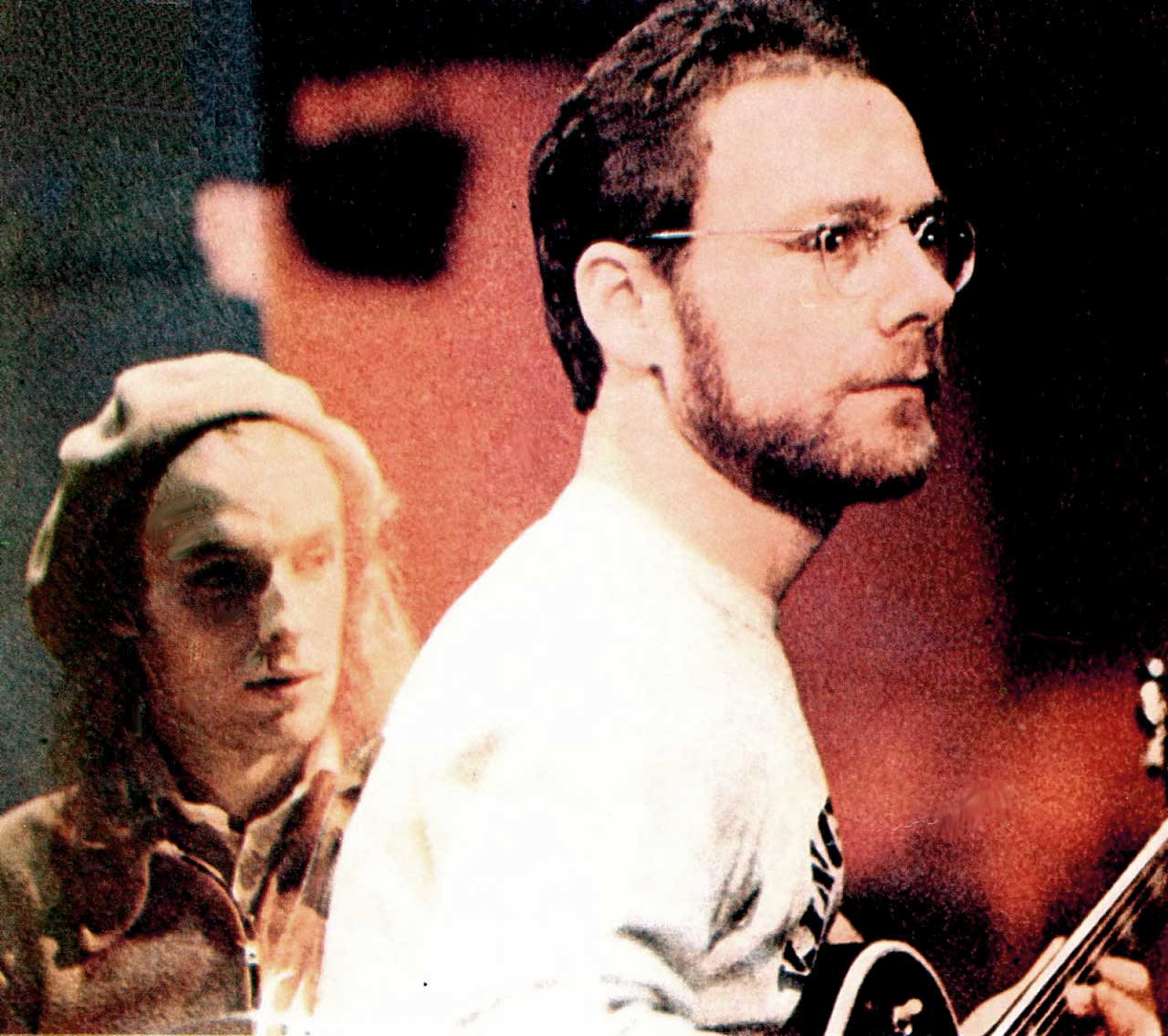 One of the things that has made me a longtime fan of John Peel was the unflinching sense of adventure he embued with his program and his musical choices. I believe his approach has become the model for many of the “eclectic shows” we hear now. Not strange or far-reaching for the sake it could be done, but turning an audience on to something that was important, and often times mind-changing. And that’s not to say everything John Peel did was met with open arms and instant acceptance.

Case in point – this session featuring the collaboration between Robert Fripp and Brian Eno – two musicians whose work has been at the vanguard of progressive musical movements, but a collaboration which didn’t send everyone into fits of ecstasy – far from it. The controversy sparked by this appearance was apparently heated (or at least boisterous), causing Peel to remark at the end of Swastika Girls that opinions varied on the musical merit of this collaboration, but that Peel felt strongly they should be listened to, and by all means, get the album and sit with it. He happened to like it.

So, in essence, if you find listening to these two tracks by Fripp & Eno, recorded on December 18, 1973 for John Peel, boring, tedious, pointless noodling – you are not alone, as many felt that same way in 1973. However – if you listen to this in the spirit with which it’s presented – as an experimental piece with far reaching implications and a musical trip to a mysterious and compelling landscape – you’re in good company too. The opinions were evenly divided (and probably still are).

But, to site the Mind-and-Parachute-analogy – it works best when it’s open.

Play loud – play soft – play with headphones. You might find 36 minutes going by rather quickly.

And while you are – please chip in and donate what you can to our Past Daily Spring Fundraiser – we’re coming up on the end of our Annual Spring Fund drive and we still need to hear from a lot of you. If you like what we post here and want to keep hearing it, please support us by contributing what you can and tell your friends. We’re here because of you and we really need you help. So please, click on the link in the box below and make your tax deductible contribution today – you can’t imagine how much your support helps. We’re here because of you.