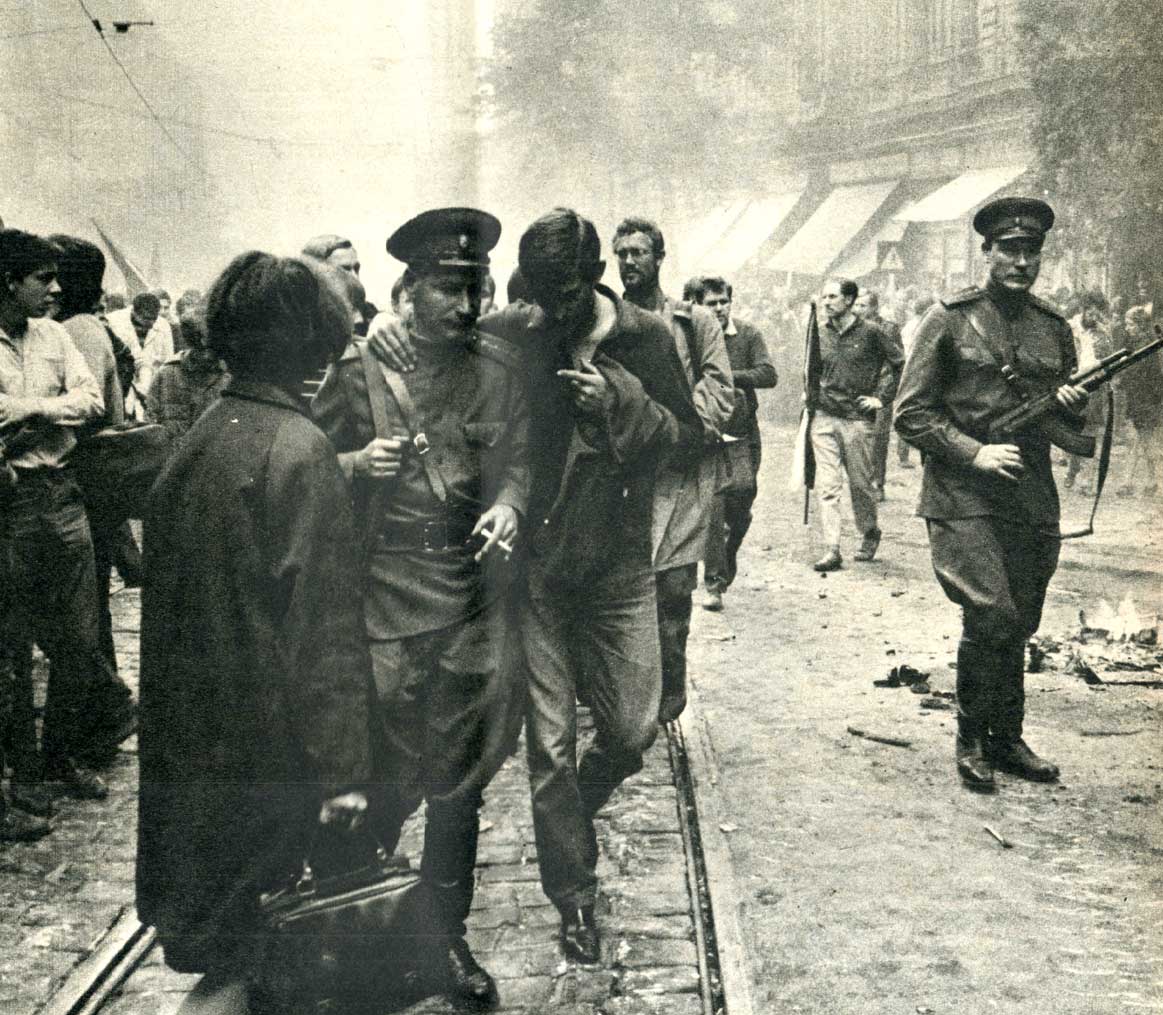 August 21, 1968 – If you were living in Prague on this day, you would no doubt have been stirred out of your sleep by the sound of tanks rumbling down your street. Not the Czech Army on maneuvers, not some movie being filmed – it was the sound of the Russian Army and they were coming to take things over.

Only months before, things were optimistic – an experiment in Socialism With A Human Face, as it was characterized all over Czechoslovakia. Under the leadership of Alexandr Dubcek, a reformist who was unanimously elected as First Secretary of the Communist Party of Czechoslovakia in January of that year ably demonstrated. Dubcek instituted a wide range of reforms. Those reforms sought to decentralize the economy and create a move towards democratization. Those reforms also saw a relaxation of restrictions on media, speech and travel. There was also a decided movement afoot to restore the region to its former makeup; three countries, rather than one; Czech Republic, Slovakia and Moravia-Silesea.

Almost immediately, the reforms and their suggestions were met with stiff resistance from Moscow. After an attempt to negotiate these reforms, Moscow gave up and sent in some half-million Polish troops in an attempt to turn back the clock. Czech citizens left the country in droves. The Czech people organized a series of protests throughout Prague as well as the rest of the country; painting over street signs, fraternization and refusal to comply with curfews.

After some attempts at trying to impose rule-from-Moscow on the Czech people – the full-on invasion of Czechoslovakia took place just after midnight on the 21st, with Russian planes landing in Prague airport and troops fanned out over the city – the main radio station was taken off the air and citizens were advised to stay in their homes. The resulting days and weeks were chaotic, but Moscow prevailed and Czechoslovakia wouldn’t taste self-determination again until the Iron Curtain came down decades later.

To observe the event, as it was unfolding – a number of media outlets in the U.S. began running broadcasts focused on the situation in Prague – NBC Radio, as part of their Second Sunday documentary series, ran this program; Revolution In Revolt, which traced the events leading up to the end of Prague Spring and a return to rule from Moscow.