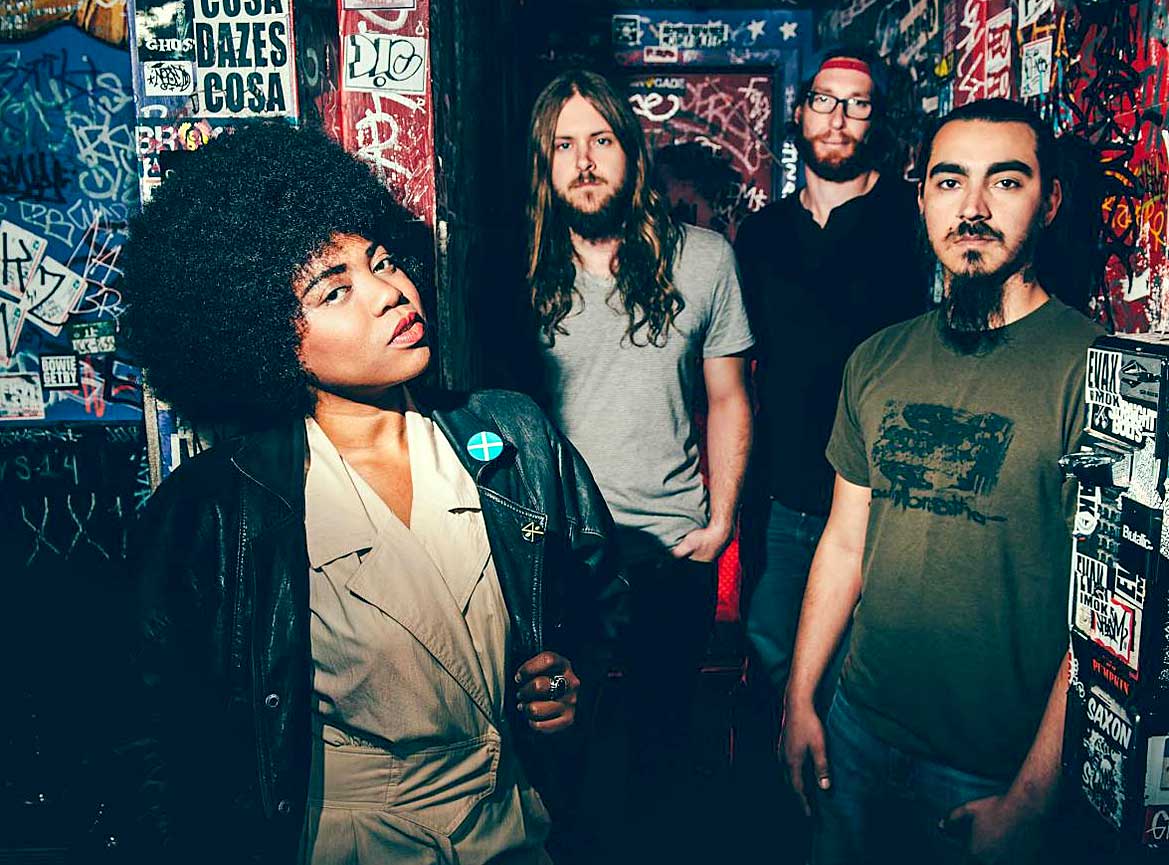 Seratones - Louisiana Punk/Funk with a side order of grunge.

Seratones – Louisiana Punk/Funk with a side order of grunge.

Diving into some Made In The U.S.A. bands tonight.

Seratones are a relatively new entity on the scene. Together since 2014 and having released their debut album, Get Gone this past May, Seratones have been hitting the road, doing the slog and getting the word out. And this Summer they were heading to Europe to sample the Festival scene.

It would be easy to lump them into the same category as Alabama Shakes, based only on the fact the band is fronted by a guitar-slinging Black woman, accompanied by predominately White guys who are turbo-charged and offer some high energy music. But, where Seratones is different is their covering different territory and cite different influences. Where Alabama Shakes jumps into Blues-Rock with a nod to Big Mama Thornton, Seratones jump into Punk/Funk with a nod to Jimi Hendrix and traces of The Nevilles. Not saying that Seratones is anything like Jimi Hendrix or The Neville Brothers, but there’s a certain stance and sing/talk quality AJ Haynes employs that brings Hendrix to mind.

The band is tight and the energy is high. The mix sounds clean, but I am wondering if the mix we got here is the same mix the band got on stage, since more than a few places, Haynes goes flat. We might be able to chalk it up to performance jitters as the crowd was huge at this festival in northeast France, smack between Luxembourg and Belgium and a two hour drive outside of Paris.

I think it would be safe to say that, even though the members of the band have known each other for the past decade, they still have been together as a working unit for two years, and are still a work in progress. Where they take it from here is purely up to them. Suffice to say, they have a good start, and are gaining a good following, and just from sheer energy alone, can sustain the momentum. But as most bands are living entities, theirs is one of growth and discovery and good old woodshedding. I would imagine the touring schedule this year and the festivals have been a hugely educational experience – one you don’t get, hanging out in a rehearsal room.

I have a hunch we haven’t heard the last of them, and they are on the road to doing big things. I got my odds placed. Let’s see what happens by this time next year.