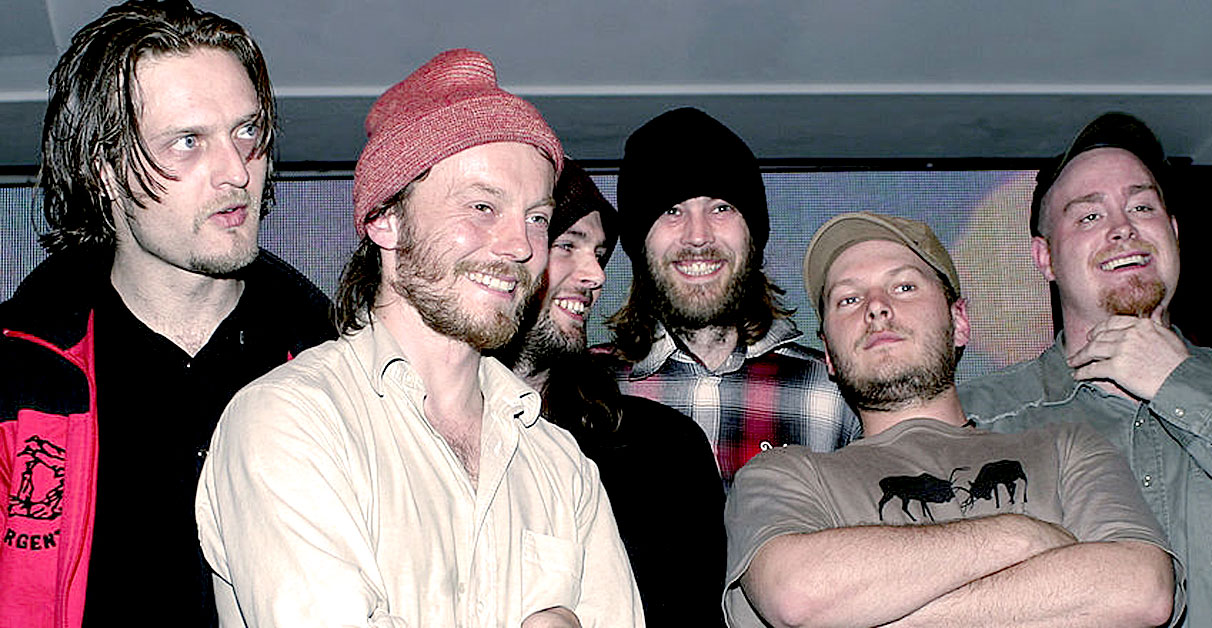 The Bees. Known for their colorful range of styles - and then some . . .

The Bees – In session 2002 – Past Daily Soundbooth

The Bees. Known for their colorful range of styles – and then some . . .

The Bees in session tonight. Recorded by BBC 6 Music on March 22, 2002 – this 10-piece band have been variously categorized as Indie, Psych, 60s Garage, Reggae, Jazz and Country. Needless to say, a band that defies being pigeonholed and a band guaranteed to keep listeners on their toes.

Together since 2001 (and still together), The Bees have racked up some 4 albums, a veritable avalanche of singles and eps, and several compilation albums. Have won the prestigious Mercury prize for best new band. They’ve opened for Oasis, Madness, Devendra Banhart, Paul Weller and many others over the years. Their songs have been featured in Commercials for British Television, which furthered their careers. So they’ve been around and have been busy – and this session attests to the wide range of music and influences they’ve been gathering up audiences with.

This session also comes three days before the release of their debut album, Sunshine Hit Me – the album was a critical success and several of the tracks figured prominently in TV and Commercial exposure.

Ironically, the band aren’t called The Bees in the U.S., but rather A Band of Beas owing to some conflicts from similar band names. Their albums and singles have been issued in the U.S. as well – so their popularity extends beyond the Atlantic and into other countries.

If you’re familiar with The Bees, here is their rumored first session (one for John Peel pre-dates it . . .I think) for the BBC – who’s program this was from is anyone’s guess. If you aren’t familiar with them, here is a taste of what they were like shortly after their formation. Oddly, according to their site, they haven’t gigged since 2010, even though Wikipedia claim the band is still very much together.

In any event, crank it up and give a listen and be happy tomorrow is Friday.