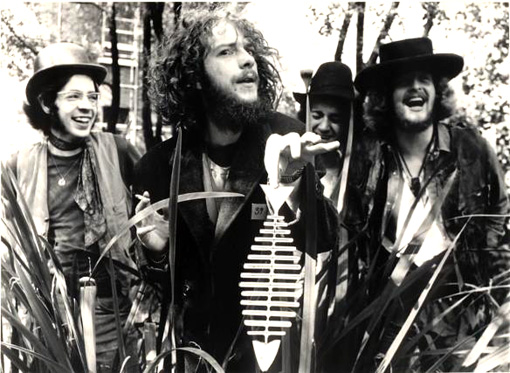 Jethro Tull In Session – 1969 – Nights At The Roundtable

One of the early legends of the Progressive Rock movement. Jethro Tull initially got lumped into a mish-mash of genres. Labeled Folk-Rock, Art-Rock and Jazz-Rock, they were in fact a hybrid of everything, but above all – they were different. There was nobody quite like them on the horizon in 1968. Because of that, they quickly found an audience in the fledgling FM Underground format sweeping over the U.S. at the time and they were one of the first bands to achieve superstar status without actually having any top-40 hit records to their credit.
Tonight it’s one of the early sessions Jethro Tull recorded for the BBC, from June 22, 1969.

Here’s what they play:

A few years later they would release the milestone Aqualung, but in 1969 they were just getting rolling.