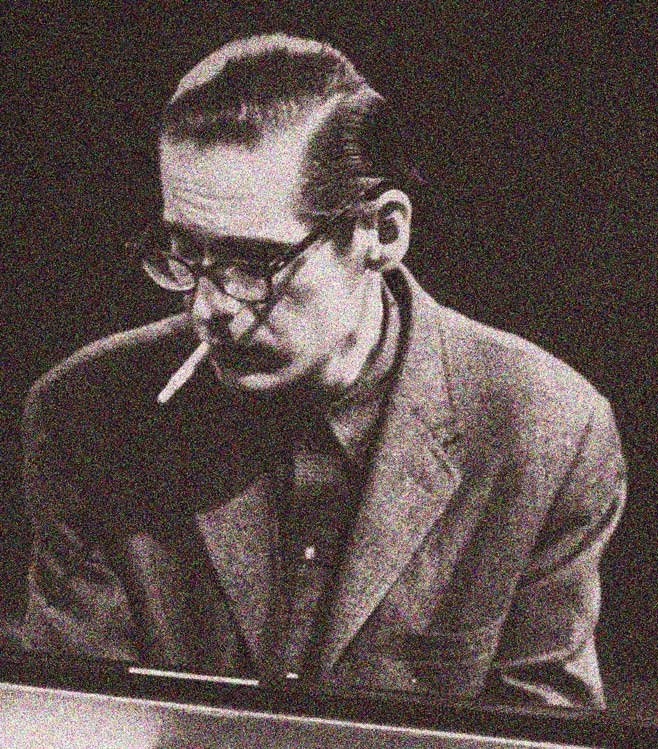 Bill Evans - An artistry that overflowed.

Bill Evans – An artistry that overflowed.

Editors note: This was originally posted in 2013, but since today (August 16th) is Bill Evans’ birthday, it only seems fitting to celebrate a remarkable talent and light.

In an era that produced a phenomenal amount of truly revolutionary talent in the Jazz World, a number stand out as pathfinders; those who paved the way for new horizons to be discovered. Bill Evans, unquestionably was one of those pathfinders.

That he was closely associated with such immortals as Miles Davis, lends further proof Evans had a unique voice. That he could turn seemingly simple standards into complex journeys of discovery further illustrated what a remarkable talent his was.

So, by way of illustrating that gifted voice, I ran across this audio of a TV series done for NET (precursor to PBS) from  around 1971-1972, featuring not only a set by The Bill Evans Trio, but also a very rare interview with Evans himself as part of the weekly series Jazz Set.

What makes this somewhat sad is this sort of program was pretty common on NET (PBS) in the day. In fact, there was still a goodly amount of Jazz performed on TV in the early 1970s on a regular basis. It no longer is today.

I’m not going to jump on a soapbox and start preaching about the lack of choice in music , and how it’s lack of access is hampering our culture to a huge degree. What I am saying is, there is a lot to learn from the Bill Evans’ of the world. And even though he is no longer with us, there are people taking up the cause who are desperately trying to keep this going.

We really have to support it and turn our friends on to it. It’s also festival season for a lot of different music. Check your sources and see who’s around and see them. Buy their albums. Buy their T-shirts and whatever they are selling in order to keep their message on track.

It’s the absolute least we can do.