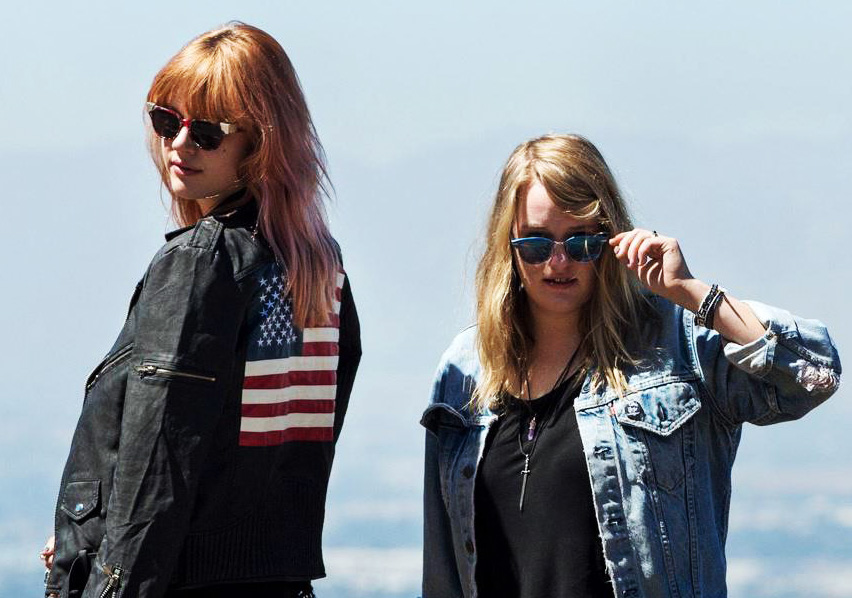 The sisters Clavin - giving Amsterdam a healthy dose of L.A.

The sisters Clavin – giving Amsterdam a healthy dose of L.A.

There’s always something interesting about going 5,500 miles in order to catch a local band. Bleached are a local post–Punk Rock band from L.A. founded and fronted by Jennifer and Jessica Clavin with Jonathan Safley and Micayla Grayce rounding out the lineup.

Tonight it’s a set they performed just four days ago at the fabled London Calling Festival in Amsterdam. A for Effort and A+ for energy, even though a few reviews were not all that great. Still, they’re a band on the rise and they’ve been working like race horses with a North American tour earlier this year and a European tour going on now to coincide with the release of their debut album Ride Your Heart.

They did SXSW in April this year and it’s a safe bet they’ll be back next year.

Since they are relatively new and getting the word out, they could use some support. Visit their website and Like them on Facebook – get their album, their t-shirts and all the other stuff.

In the meantime, check out the show and bookmark their site and see where they’re headed to next. I’m sure they would do the same for you.