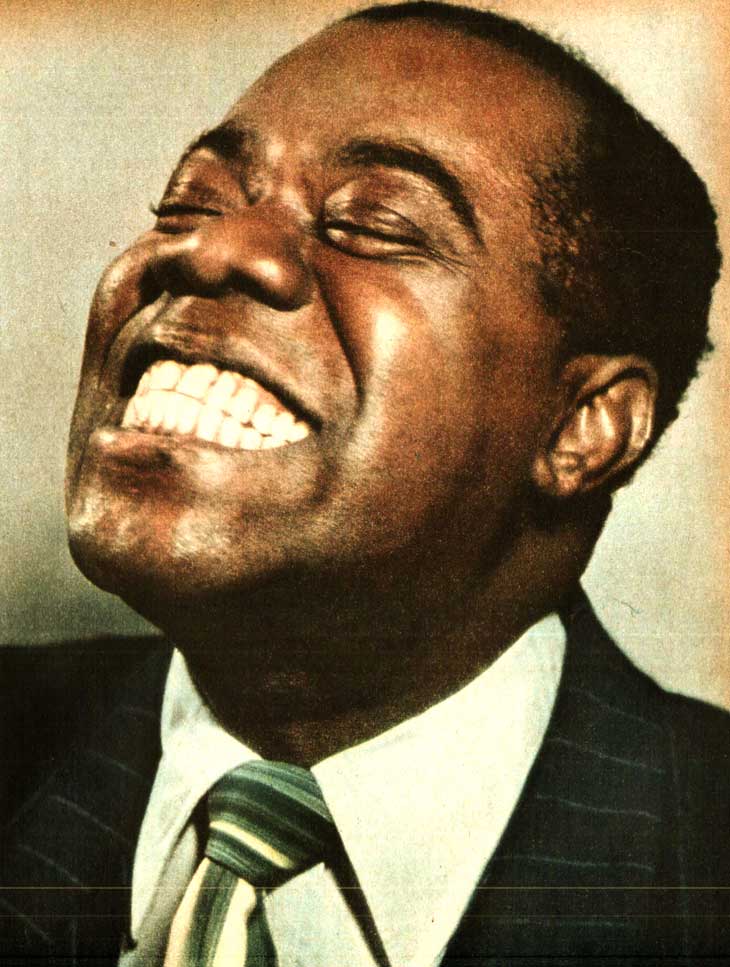 Cooking up some Traditional Jazz this weekend with a set by the inimitable Louis Armstrong, recorded live at Basin Street in New York on May 8, 1955.  Recorded around the time where the feuds and controversies between traditional Jazz and Modern Jazz were going full blast, Armstrong maintained his firm roots in the music he grew up with – the music of New Orleans and Kansas City and a genre that still maintained a huge following among Jazz aficionado’s.

Here he is in an intimate setting, with a small band, going through a catalog of music that’s been synonymous with him, but which had its beginnings many-many years before him. He just kept it going and added his two cents.