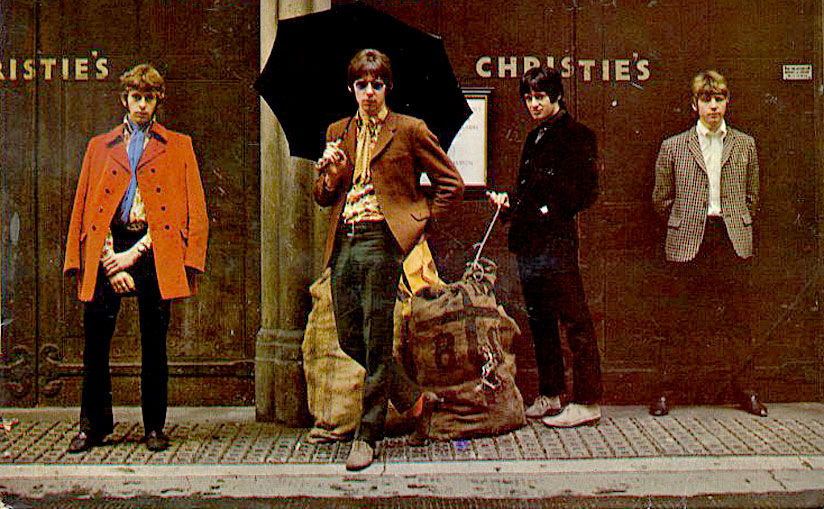 Creation - their music was red with purple flashes - and they weren't fooling around.

Creation – their music was red with purple flashes – and they weren’t fooling around.

Chip in what you can to help keep us up and alive: Become a Patron!

Something unjustifiably rare tonight. Creation were one of those bands who were innovative and phenomenally talented, yet today are barely known outside hardcore music enthusiasts of the 60s period. Which is a complete and total shame.

Probably worse, they didn’t record really all that much (one album and a handful of singles). And their live performance recordings are practically nonexistent. I remember, a very long time back, interviewing former bandmate Kim Gardner (who was, by this time with the band Badger with Jackie Lomax) and asking about live recordings or BBC sessions of Creation and if any existed. He said sadly, none survived as The BBC (like many large networks at the time) routinely wiped performance tapes. And all of theirs, as far as he knew, were destroyed.

Crimes against Art, they call it now. But back then it was saving money and they didn’t have any hit records anyway so . . . .

Tonight it’s a piece-together of three live performances which have survived – two are via Beat Club and the third is via French Radio (who have a better archive than anyone previously thought). But they are excellent examples of a truly groundbreaking band, particularly since lead guitarist Eddie Phillips was the first (and they will all acknowledge that) guitarist to use a violin bow. According to various accounts, it was seeing Phillips use the bow in performance that inspired Jimmy Page to follow suit. So now you know.

At any rate – sorry the sound can’t be pristine – it’s live and it’s gone through the proverbial wringer. But it’s raw and great and what this truly special and unique band were all about.

Crank it up and give it a listen.