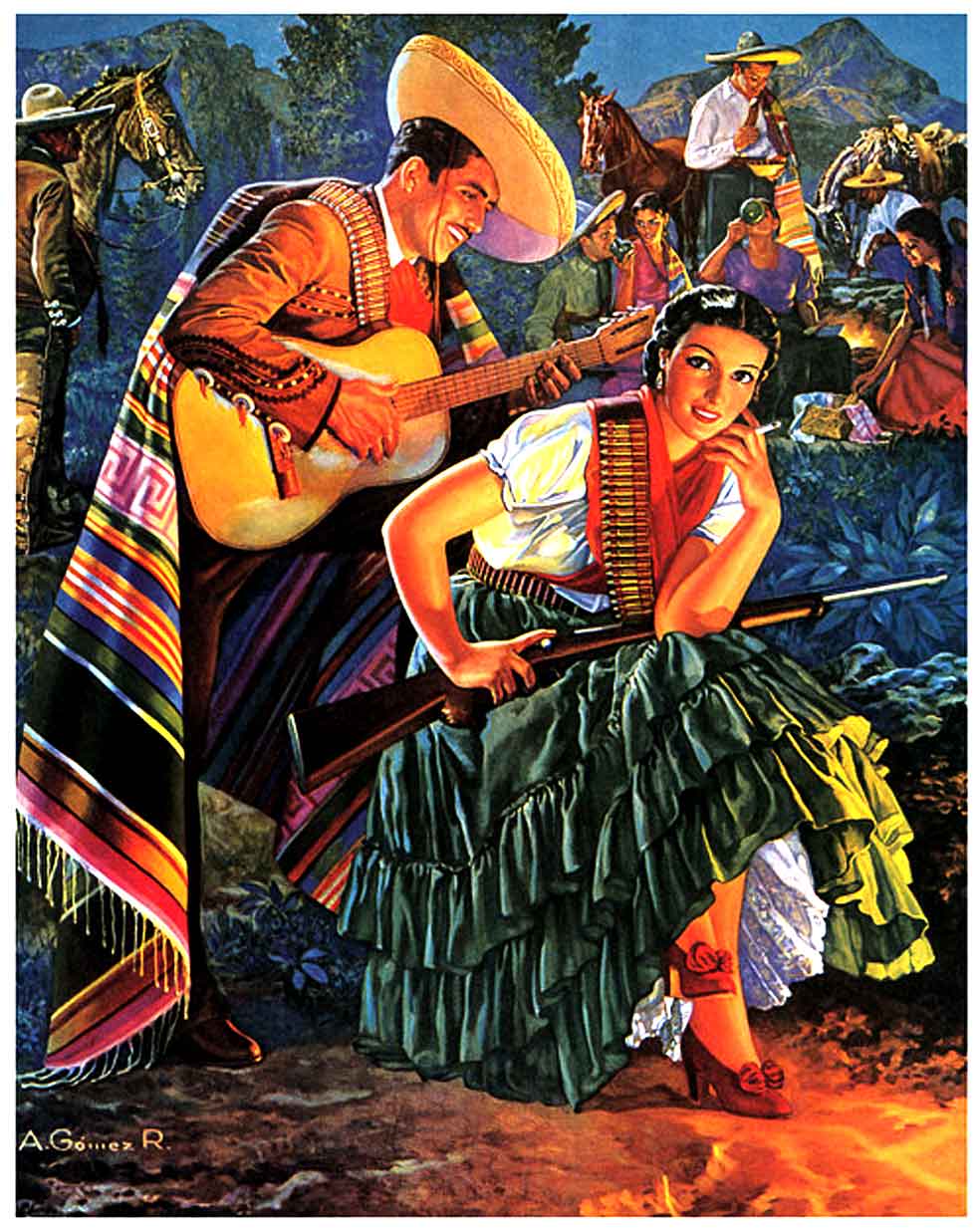 Tuning In To Cinco de Mayo In 1949 – Past Daily Pop Chronicles: World Edition

I originally ran this in 2014, and at the time was going to post it on Saturday as a sort of Weekend Pop Chronicles feature, but since today is a holiday anyway, I thought I would run it now. Since Cinco de Mayo is more celebrated here in the U.S. than in Mexico, I ran across a series of radio programs produced in Mexico City for the American company Chicklets – a fifteen minute musical program aimed at the Mexican and latin American market, but advertising for an American company. Aside from promoting chewing gum, it also featured many of the notable artists who were popular in Mexico and throughout Latin America in the late 1940s.

This 1949 program features the music of Gabriel Ruiz, sung by several popular vocalists at the time, as well as hits of the week. All very 1940s and all very suave. And pushing a lot of Chicklets gum. A reminder, this was during the time Advertisers pretty much dictated how a show on radio would run – and as long as there was a lot of plugs for their product, everything was wonderful. It was the same all over – not just the Latin market – it was how radio worked, at least in the private sector. Sadly, not a lot of these shows survived – and not only were they important in showcasing a lot of legendary talent of the day, they were also glimpses of how other societies in other parts of the world were jumping into, what was at the time, the predominant media.

Pop open a cerveza, toss some Chorizos on the barby and get comfy.