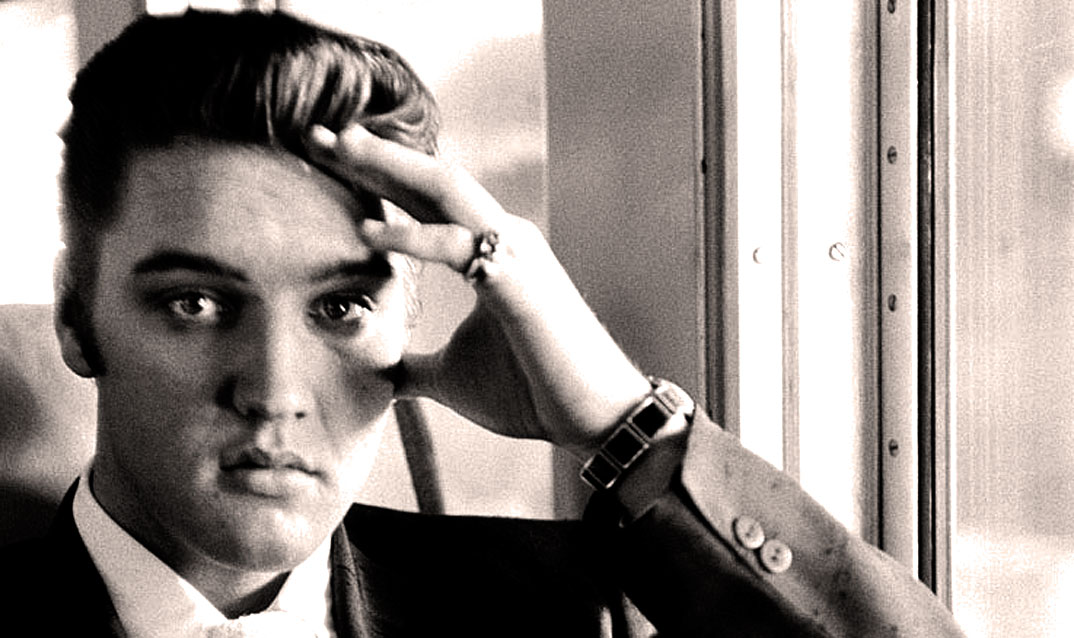 If you’re of a certain age, you probably remember seeing Elvis on Ed Sullivan, much the same as a later generation would recount where they were and what they were doing when The Beatles first played on Ed Sullivan. If you’re also of a certain age, you were probably around when Elvis Presley turned the mainstream Music world upside down and remember, maybe vaguely, when Elvis Presley represented everything that was wrong with the world and with youth in general, according to the generation or two before yours.

But of everyone who came along around that time (and there were many), there was something about Elvis that captured the imagination of America and the world – his was the right face in the right place at the right time.

And maybe you’re of that certain age where, even though Elvis was still around when you were, he wasn’t as vital to your connection with Rock n’ Roll as say, your older brothers or sisters was. By the 1960s the rough, rebellious edge had been softened and was replaced by other rough, rebellious edges who appeared in his place doing other variations on what he had made so popular less than a decade before.

And we can’t forget that August 16th was the day we heard the shocking news that Elvis was no longer with us.

As a reminder of just how new and vital Elvis Presley was to an entire generation at the time, I dug out this very early live concert Elvis Presley had performed in Little Rock, Arkansas on May 16th 1956. Although the sound is rough in places, and the tape is damaged here and there, it provides a vivid picture of what the screaming and the hysteria was all about. And even though his recorded legacy is just as plentiful now as it was then, there is something about performing before a live audience; the energy feed between performer and audience, that makes this recording especially significant. And who cares that the announcer said it was Heartbreak Motel?