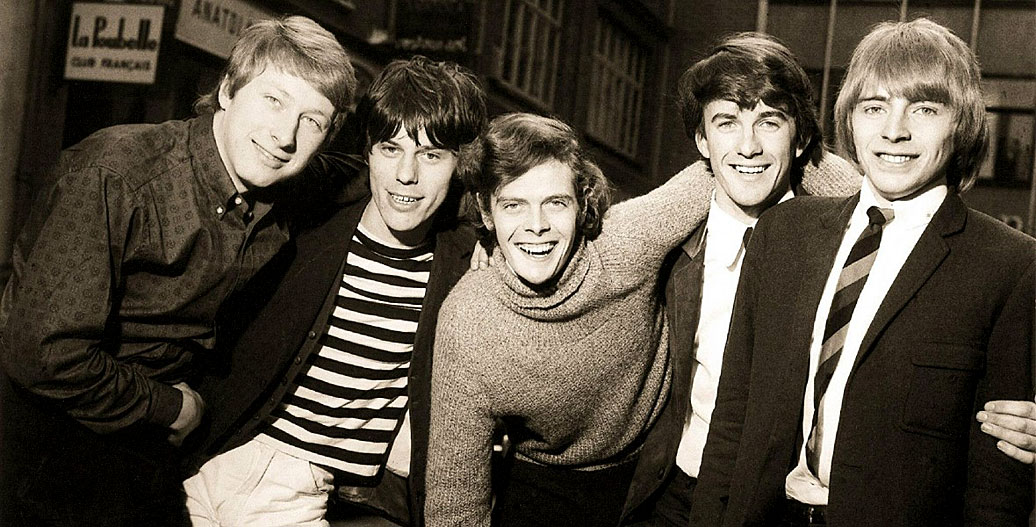 The Yardbirds - The great jumping-off place and precursor to Led Zeppelin.

The Yardbirds In Session 1965 – Past Daily Soundbooth

The Yardbirds – The great jumping-off place and precursor to Led Zeppelin.

One of the legendary bands of the original British Invasion of the early 1960s. The Yardbirds were one of the most influential bands to come along, and certainly one of the bands providing the groundwork for some of the most iconic musicians in Pop Music to pass through. From its early incarnation with Eric Clapton on lead guitar, to Jeff Beck as his replacement, to Jimmy Page acting as co-lead guitar with Beck, to Page assuming sole lead-guitar, to the capitulation and fracturing of the band, to the re-emergence as Led Zeppelin – they have been an integral part of Music history.

In 1965 they were hitmakers and Blues enthusiasts and had a string of memorable singles and legions of fans on both sides of the Atlantic while they rode the British Invasion wave.

The band embarked on their first US tour in late August 1965. A pair of albums were put together for the US market: For Your Love and Having a Rave Up, half of which came from the earlier Five Live Yardbirds album, combined with new tracks such as “You’re a Better Man Than I” and “Train Kept A-Rollin'”, both recorded with legendary producer Sam Phillips at Sun Studios in Memphis, Tennessee, during the first US tour. There were three more US tours during Beck’s time with the band, and a brief European tour in April 1966.

The single “Shapes of Things”, released in February 1966, “can justifiably be classified as the first psychedelic rock classic”, according to music journalist Richie Unterberger[19] and heralded the coming of British psychedelia[20] three months before the Beatles’ “Paperback Writer” B-side “Rain”. Reaching number three on the UK charts[20] and 11 in the US, “Shapes” was also the Yardbirds’ first self-penned hit, the previous three UK A-sides having been written by Gouldman. Relf’s vague anti-war protest lyrics and Beck’s feedback-driven, Middle Eastern-influenced solo reflected the band’s increasing embrace of psychedelia, as did the B-side “You’re A Better Man Than I” and the follow-up single, “Over Under Sideways Down”. The latter was released in May and featuring more quixotic lyrics by Relf and another Eastern-inspired guitar line by Beck.

The “Over Under Sideways Down” sessions were held in April 1966 and produced the album Yardbirds. It was commonly referred to as “Roger the Engineer”, which were the words scrawled under a cartoon by Dreja of engineer Roger Cameron that appears on the cover of the UK release. In the US, an abridged version of the album, minus the cartoon cover art, was released as Over Under Sideways Down. The recording session marked the Yardbirds’ split with their manager, Giorgio Gomelsky, as writer Simon Napier-Bell took over management and shared production credit with Samwell-Smith.

The band, led by Relf and McCarty, eschewed cover material, writing the entire album themselves. They were allotted “a whole week” to record the album, according to Dreja, resulting in a “crammed” albeit eclectic mix of blues, hard rock, monkish chanting (“Turn into Earth”, “Ever Since the World Began”) and African tribal rhythms (“Hot House of Omagararshid”). Beck’s guitar lines were a unifying constant throughout. Roger the Engineer was ranked at number 350 on Rolling Stone magazine’s “500 Greatest Albums of All Time”.

In the course of their tenure, The Yardbirds did several sessions for the BBC, for Top Of The Pops, The Saturday Club and many of the other music programs via Radio 1.

Tonight it’s a session done towards the end of 1965, with several hits and a few hidden gems as only The Yardbirds could do them. Crank this one up if you’re a fan – crank it up if you’ve just discovered them.

History before your ears.