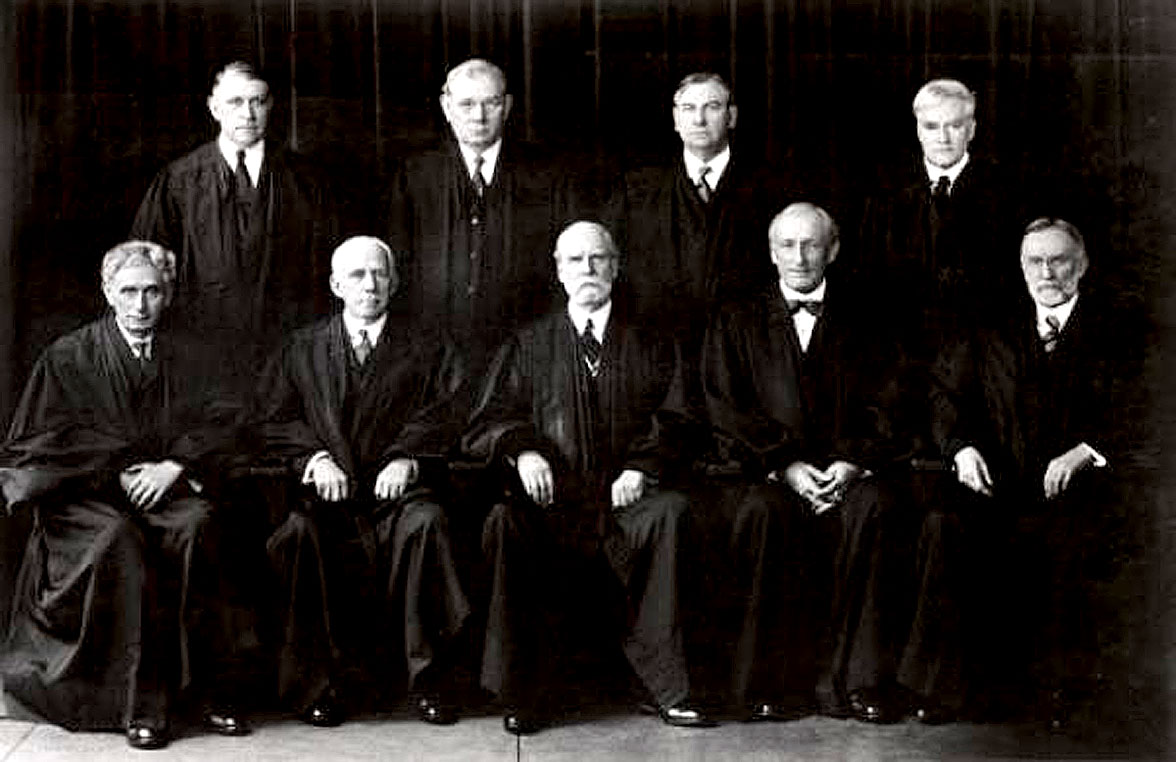 The Supreme Court in 1937 - they called them The Nine Old Men for a reason.

The Supreme Court in 1937 – they called them The Nine Old Men for a reason.

In February 1937 President Roosevelt unveiled a bill to increase the number of Justices on the Supreme Court, from 9 to 15. Critics immediately denounced the idea as Court-Packing; a scheme to pack the court with FDR appointees in order to insure his New Deal legislation would pass judicial hurdles.

The plan, according to the White House, was intended to make SCOTUS more efficient. Prior to the 1936 election, several key elements of FDR’s New Deal policy were struck down, via Supreme Court decisions on the grounds the laws delegated an unconstitutional amount of authority to the executive branch and the federal government. However, flushed with his landslide reelection in 1936, President Roosevelt issued a proposal in February 1937 to provide retirement at full pay for all members of the court over 70. If a justice refused to retire, an “assistant” with full voting rights was to be appointed, thus ensuring Roosevelt a liberal majority.

In April, however, before the bill came to a vote in Congress, two Supreme Court justices came over to the liberal side and by a narrow majority upheld as constitutional the National Labor Relations Act and the Social Security Act. The majority opinion acknowledged that the national economy had grown to such a degree that federal regulation and control was now warranted. Roosevelt’s reorganization plan was thus unnecessary, and in July the Senate struck it down by a vote of 70 to 22. Soon after, Roosevelt had the opportunity to nominate his first Supreme Court justice, and by 1942 all but two of the justices were his appointees.

But in March, and all the way up to the bill being voted on in Congress, debate raged over the airwaves and many points of view, pro and con, were aired and talked about. Here are two such addresses regarding the Bill, as heard in March 23rd and 29th of 1937.

And while you’re listening, please consider chipping in to help Past Daily along with their Spring Fundraiser. We do this a couple times a year and we need your help. We need your tax deductible pledges and contributions, and we need as many as we can get before we have to put this Fundraiser to bed. So please, if you like these slices of history and want to see them continue, and expand, chip in whatever you by clicking on the link in the box below and make your contribution today.