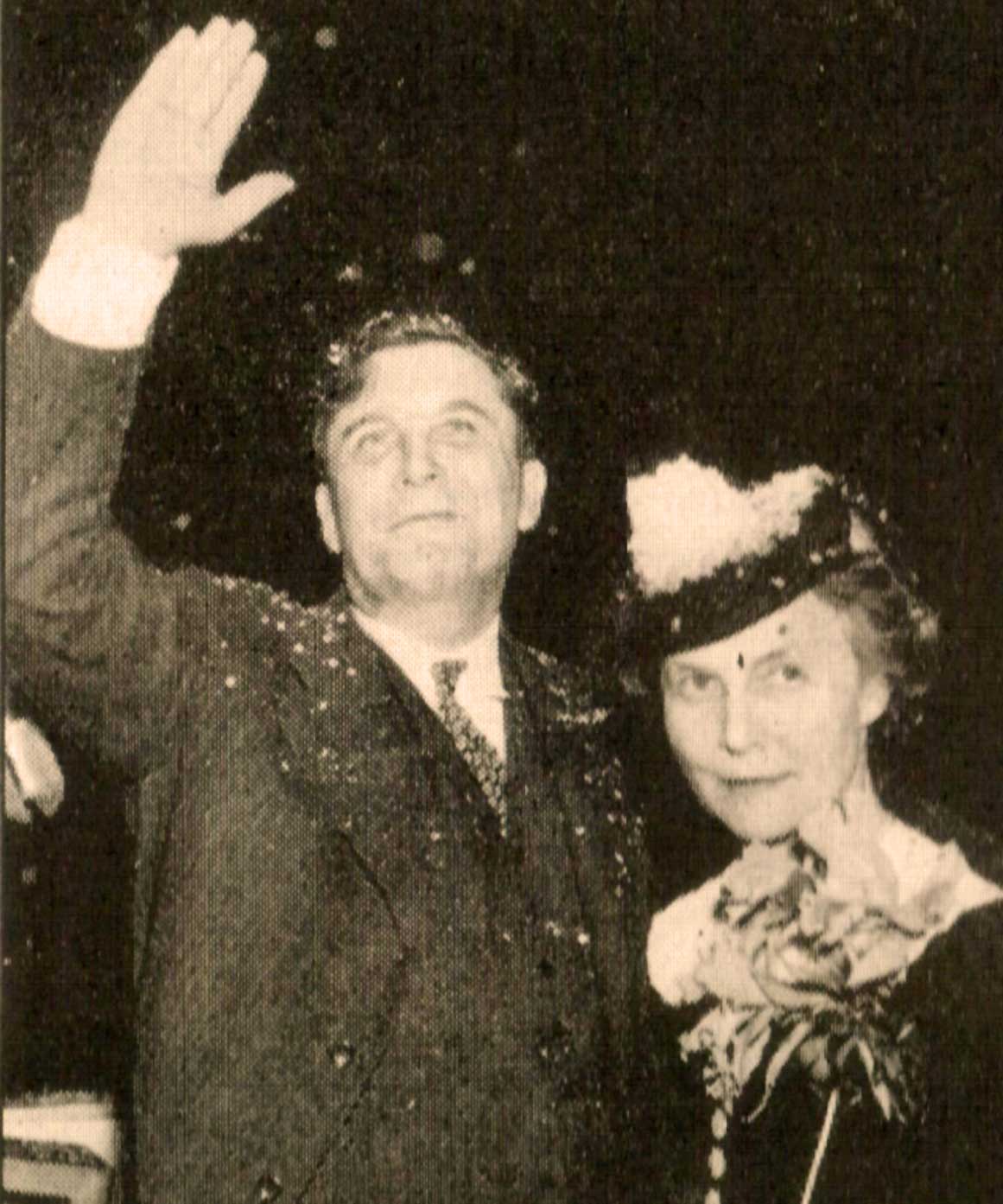 Wendell Willkie (and Mrs. Willkie) - The GOP wanted a businessman President. The rest of the country, not so much.

Wendell Willkie (and Mrs. Willkie) – The younger members of the GOP wanted new blood. The rest of the party, not so much.

Wendell Willkie was the 1940 GOP Presidential Candidate. After six ballots, Willkie, who hadn’t actively campaigned for the nomination, emerged as the nominee for the party. Willkie was not a politician in the from-the-precinct-up tradition. In fact, he had been a Democrat up until 1939, who grew at odds with FDR’s New Deal policies. Willkie came along as a dubious newcomer who saw the GOP as a place where liberal ideas could conceivably gain ground, particularly with younger members of the party. Initially opposed by veteran GOP members, who felt his former Democratic affiliation was a bad thing for the image. Nonetheless, Willkie represented a change in direction for the party, a change desperately needed by some of its younger members. Eventually, after the sixth ballot, and all indications that Willkie was the standard bearer, party unity once again flourished and Wendell Willkie set out to unseat FDR, who was heading into his 3rd term.

A short speech (a little less than 12 minutes), Willkie was suffering from exhaustion. But the outpouring of excitement from the convention floor made it clear Wendell Willkie was a popular choice and some new blood for a party many considered had lost its way.

It’s interesting to consider what would have happened, had the 2-term Presidency limit been enacted in 1940. What Willkie would have done, had he become President, in lieu of the rapidly gathering storm clouds over Europe, and a war already going on since October of 1939. More interesting to consider that Willkie was an interventionist, while the establishment of the GOP favored isolationism. Willkie was also introducing more liberal ideas to the party, which were favored by the younger members of the party.

In the end, Willkie lost the election by a wide margin. He ran for nomination again in 1944, but lost and dropped out during the primary process. There was talk of Willkie and FDR forming a Liberal Third party after the war, but Willkie died in October of 1944 before any of it could be brought to fruition.

To give you a better idea of what Wendell Willkie was about, here is that acceptance speech from the Republican Convention of June 28, 1940. Interesting how things change in 76 years.

More convention addresses and elections of the past to come over the next few months. It’s that season.