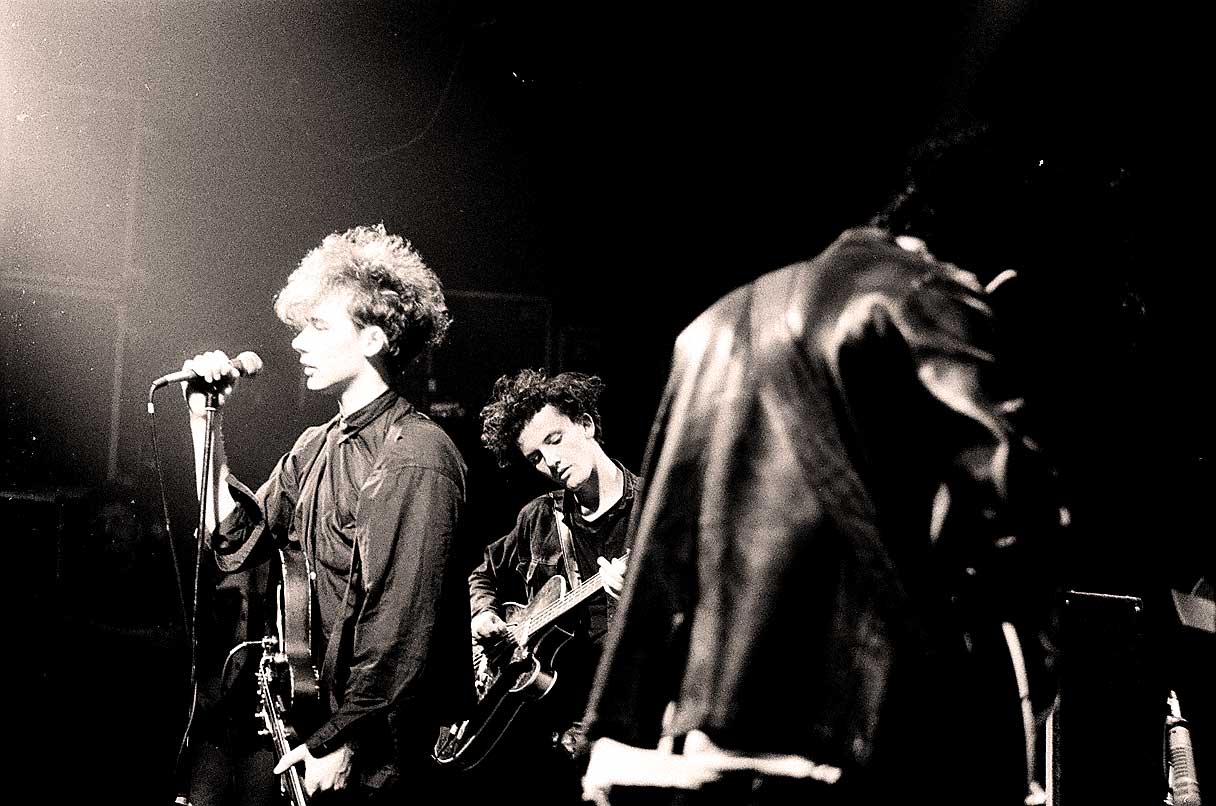 The Jesus And Mary Chain - Short sets and Amphetamines. What could possibly go wrong?

The Jesus And Mary Chain – In Session 1984 – Past Daily Soundbooth

The Jesus And Mary Chain – Short sets and Amphetamines. What could possibly go wrong?

The Jesus And Mary Chain tonight, in their first session for John Peel, recorded on October 23, 1984 and broadcast on the 31st.

A band variously described as The New Sex Pistols and once proclaimed by New Musical Express as The Best Band In The World, whose notoriety consisted of short sets which usually ended in violence and a predilection for Amphetamines. Pioneers of Noise Rock who eventually mellowed out by the time their second album came out, nonetheless established themselves as a band to see and participate in the fracas with.

With several personnel changes, in addition to a direction shift, The Jesus And Mary Chain had a good long run the first time. Starting in 1983 and going until 1999 when they called it a day. Reuniting in 2007 and still going today.

The band professed a strong liking for a wide range of diverse artists, from early Pink Floyd to The Shangri-las, and had a difficult time getting gigs for their first year, until their debut single came out, a version of the Syd Barrett-era Pink Floyd’s Vegetable Man. It generated buzz in the music press and generated gigs for the band.

In addition to pioneering Noise-Rock, it would be safe to say their early sound anticipated Shoegaze by a few years, although there was nothing to suggest they were heading into Shoegaze territory – it was an offshoot to their mix of Indie and Noise and you can hear bits of it in this Peel session.

As their direction and intensity changed, their popularity grew. And by their third album, they had established themselves as one of the leading proponents of Indie, post-Punk and Indie-Pop. Although it didn’t stop the outbreaks of violence at club and concert dates. That more or less became their signature.

As a reminder of the early days of The Jesus and Mary Chain, while things were getting formulated and nailed down, and while gigs were random and dodgy affairs, here is that very first session for John Peel, as it was first broadcast on October 31, 1984.