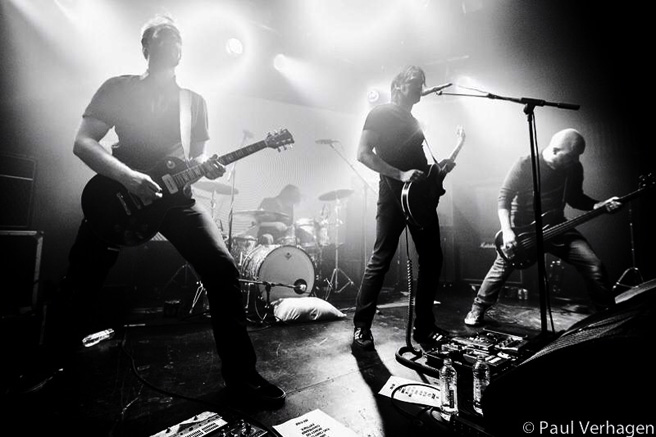 Candybar Planet – Live At Roadburn 2013 – Nights At The Roundtable: Festival/Rock Without Borders Edition

Further evidence Festival season this year is offering a virtual cornucopia of musical styles and genres. Another festival that has popped up in the Netherlands is Roadburn – which ran the gamut from Retro/Reformed/Psych/Stoner/Death Metal and most everyone in-between. And as is the case with all festivals, it’s a traffic jam of bands playing non-stop and going til everyone drops after three days.

Tonight it’s a Retro/Stoner/Post-Punk/Hard Rock band from Eindhoven in The Netherlands, Candybar Planet, who got a goodly amount of attention from the Press and the audience, and Dutch Radio outlet VPRO, via station 3voor12, broadcast them live a couple weeks ago.

Judging from their website, they haven’t been together all that long (since 2011, near as I can tell, but I could be wrong) and have been gigging locally around The Netherlands during that time. They were well received, so it’s anyone’s guess if they are planning on hitting other borders or other shores anytime soon.

This is what’s happening in Eindhoven this year – and if  you are at all curious about what the world is getting into – here’s a good place to start.

Get ready for Glasto, starting later on this morning . . . .BBC Radio 1 and BBC 6 Music are wall-to-wall covering it. So tune in.