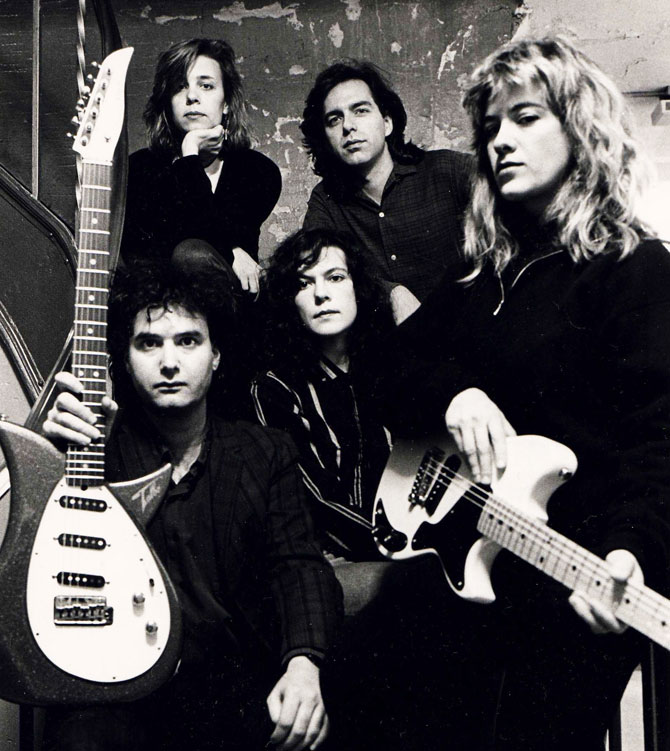 As the wall of guitars would attest . . .

As the wall of guitars would attest . . .

They had a good ten-year run, going from 1986-1996. One of the premier Noise Rock bands out of New York, Band of Susans garnered a lot of attention during their lifespan. By this time this session happened (which was issued by the band as an ep in 1992) two of the three Susans left, but it was such a great name for a band there was no point in changing it.

Since the band had no less than three guitarists at any given time, they were considered heavily guitar-centric and were part of that genre of New York bands which also included Sonic Youth and Swans, among others.

This 1988 session, recorded on October 10th for John Peel, captures the band during a period of transition with Karen Haglof and Page Hamilton replacing original Susans Lyall and Tallman. Still, it gives you a good idea of what Band of Susans was all about and why they became an influential element in the musical changes of the period.

1. I Found That Essence Rare (Gang Of Four cover)

After the band dissolved in 1996, the individual members went off to other bands and other areas in the avant-garde.

In short, the spirit still abounds, as always.