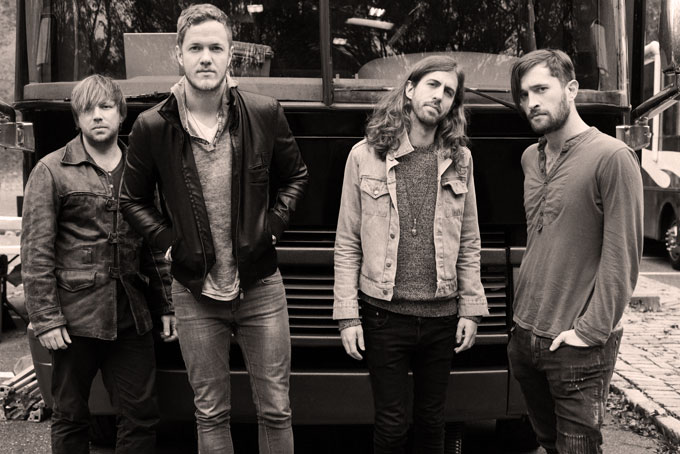 Currently racing across Europe on a marathon of Festivals.

Currently racing across Europe on a marathon of Festivals.

Click on the link here for Audio Player – Imagine Dragons, live at Lowlands 2013 – Recorded August 17, 2013 by 3voor12/VPRO, The Netherlands

Back over to Lowlands 2013 for another concert, finished just hours ago. This time it’s Imagine Dragons, who have been criss-crossing Europe and the U.S. all Summer and are clearly having a great year. The Las Vegas-based band have been getting serious attention ever since their debut album, Night Visions came out in September of last year.

They are scheduled to finish up the European leg of the tour in Leeds on the 25th of August. And then it’s back to the States for a bunch of dates before heading back over to Europe and then back to the U.S. before heading back to Europe and, from what I can tell, ending up the year in Barcelona. Who says touring is simple? But clearly, it’s what you have to do if you’re going to make any dent in your career.

For those of you getting ready to catch them on one of their upcoming U.S. dates, and want to hear what they’re up to – check out the concert from earlier today, recorded by the ever-present 3voor12/VPRO outlet in The Netherlands.

And  no doubt, more will be posted as soon as it comes in – the festival is over tomorrow.