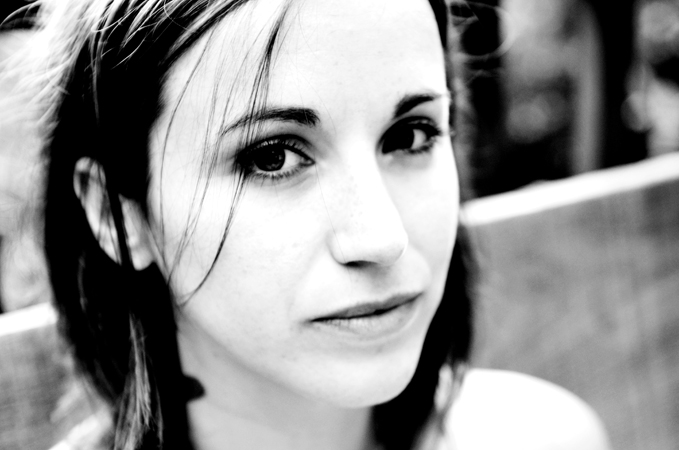 Adding just the right amount of Ethereal to the proceedings (photo: Lindsay Byrnes)

Holly Miranda – Live At Glasslands 2013 – Nights At The Roundtable

Adding just the right amount of Ethereal to the proceedings (photo: Lindsay Byrnes)

First off, I want to express a ton of gratitude to the folks at NYC Taper.com for letting me run this concert tonight. For those of you who may not know, NYC Taper is a site devoted to live club and concert recordings in the New York area, and are in my estimation performing one of the great and lasting public services in the cause of art and music. They have an amazing site and have been at it for a few years now, amassing an impressive list of concerts by up-and-comers, established artists and just good gigs. For those of you who think the area of live concert taping is done by a bunch of grubby kids who steal from artists and plaster their stuff all over the internet, you’re wrong. NYC Tape is a dedicated group of engineer/musicians who work in tandem with the artists, getting their final approval before releasing a show and making sure the artist is given every bit of credit and offered every bit of exposure humanly possible. It is win-win situation for the artist and the fan. And beyond all that, it is the act of preservation that I feel is crucial in order for culture to grow and flourish. You’ll thank them fifty years from now, I promise.

So the bottom line – please go over to their site and give whatever support you can, even if it’s kind words – although I suspect a few bucks here an there would be better.

So tonight it’s a live gig from Glasslands by Alternative/Ethereal/Experimental/Independent singer Holly Miranda, recorded this past June.

It is always one of the great pleasures in life to watch an artist grow before your eyes. I was a fan of Holly’s since the old MySpace days, when artists were flocking to the site and talent was everywhere. I have always liked her work, and hearing her make these musical strides is really quite wonderful. It’s as though we’ve been given an invitation to come along for the ride and see where it all goes. Happily, it’s going to some very nice and engaging places.

I bring all that up because, as it just so happens, Holly is on tour, and tomorrow night (October 4th) she is doing a one-nighter at The Hotel Cafe on Cahuenga in Hollywood. I’ve been to the venue; it’s intimate and perfect for immersing yourself in music. The show starts at 8:00, cost at the door is $10.00. Go there. If you aren’t in L.A. and wonder where else she’s heading (back East at the end of the month) check out her bandpage for more info.

In the meantime, give her Glasslands gig a listen. Everybody did great – band, engineers, audience – the whole shot.