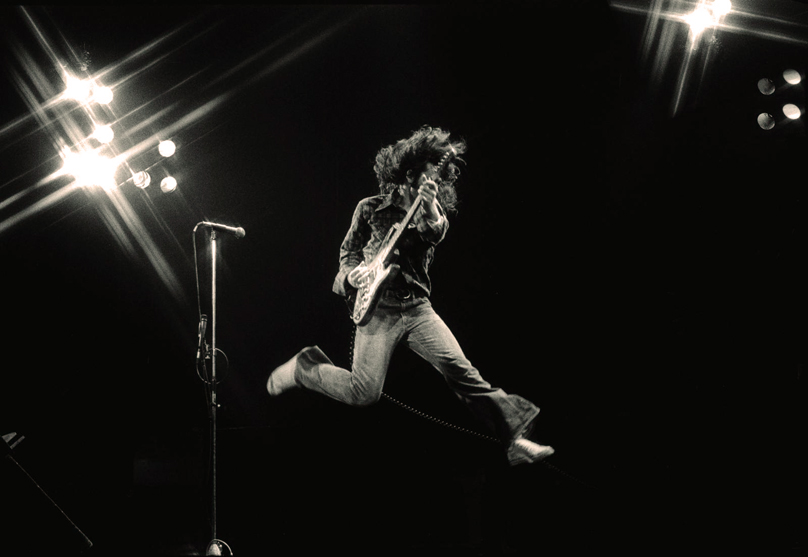 Rory Gallagher – Live At The Paris Theatre – 1973 – Nights At The Roundtable: Concert Edition

The legendary Rory Gallagher tonight. One of the great, underrated and somewhat historically overlooked guitarists during the 70s and early 80s heyday of Hard Rock and electric Blues.

First coming to prominence in the late 1960s as a founding member of the band Taste, Gallagher struck out on his own in 1970, becoming one of the leading Blues and Hard Rock guitarists, with over 30 million album sales and a worldwide popularity.

His career was sadly cut short with his death in 1995, the result of an unsuccessful liver transplant. He has taken a backseat in recent years, even though he has retained a loyal fanbase in all that time. He hasn’t retained the instant recognition many of his peers have, and there is no good reason for that. Rory Gallagher was a brilliant guitarist and dynamic performer and his concerts were epic events all throughout his career. I had the pleasure of interviewing him in 1973 and he was one of the most honest, down-to-earth musicians to sit and talk with. He was driven to perfection, but the work paid off handsomely – besides being a no-bullshit, gracious person. He was one of the good ones, on more than one level. And that, as we all know, is a rarity.

Tonight it’s a concert from that formative, earlier period. Recorded live at the BBC’s Paris Theater in London, on February 1, 1973.

One that definitely needs to be cranked up.

If you aren’t familiar with him – where have you been?