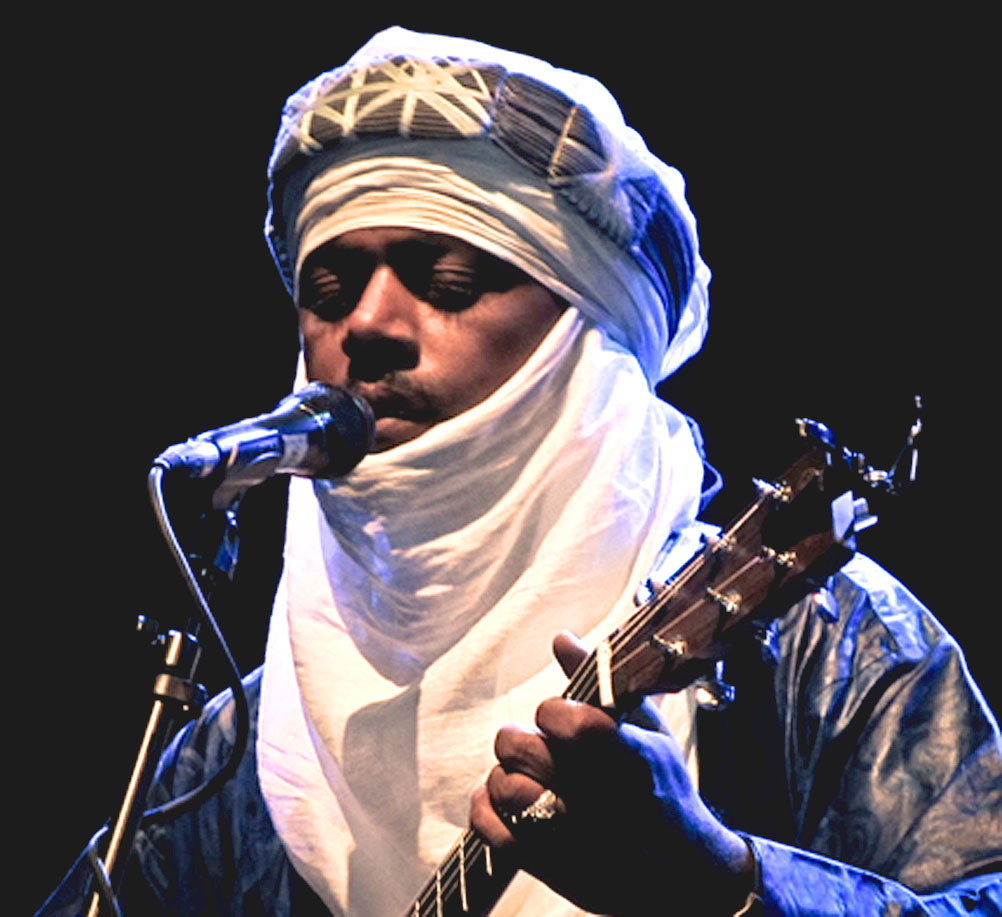 Tinariwen - Desert Blues - as heady and intoxicating as a sun-scorched breeze.

Tinariwen – Live In Paris – 2012 – Nights At The Roundtable: Rock Without Borders Edition

Tinariwen – Desert Blues – as heady and intoxicating as a sun-scorched breeze.

With the recent surge in interest in Desert Blues, a flood of bands had been getting world attention of late. Luckily for all of us, many of them are touring the U.S. and making further inroads with an audience captivated by this spellbinding genre of music.

Tonight it’s Tinariwen, a Taureg band from Azawad, Mali. They’ve been together since 1979, but since 1998 their reputation has branched out and they have become a worldwide sensation. Referred to as “Music’s true rebels”, Tinariwen have already won a Grammy for Best World Music Album in 2012. With six albums to their credit, including the recently released Emmaar, the band are currently on a world tour, with dates in Los Angeles scheduled for April 17th. They played this years SXSW and are booked pretty solid well into August.

So, to give you an idea of what you’ll be seeing (should you be lucky enough to get tickets to any of the upcoming U.S. dates), or to give you some idea of what Tinariwen are all about, if you aren’t familiar, here is a concert they performed in 2012 at the famed Salle Pleyel in Paris.

For the next hour and ten minutes, crank this one up – or put the headphones on, and relax – let it happen.

h/t: Pat Dallas for the heads up.