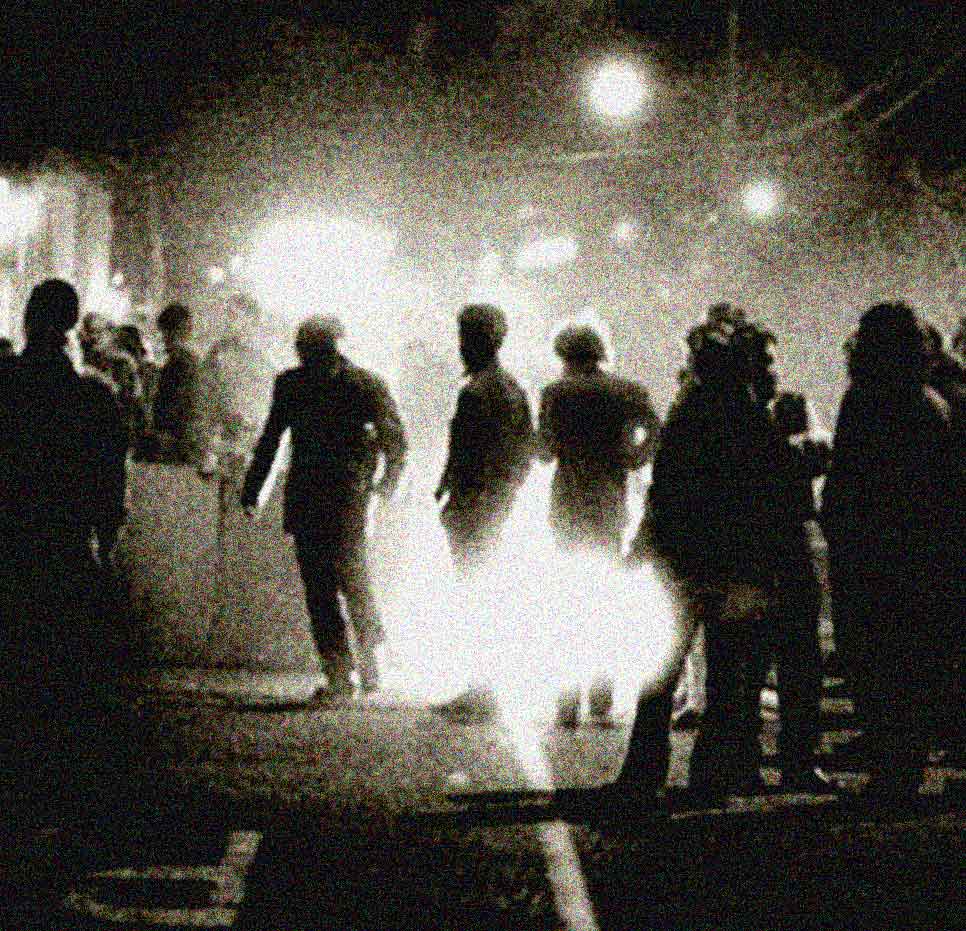 Long before UC Santa Barbara became known as the #2 Party School in the country, UCSB was a hotbed of protest and activism. Not much different than most college campuses during the late 1960s, the focus of the protest was the continuing and seemingly endless Vietnam War – a war that was draining the youth of America at an alarming rate and a war that appeared to be intensifying with new announced excursions into Cambodia. Coupled with racial tensions and the news of denial of tenure of a popular, albeit controversial professor, Bill Allen, sparked a protest that quickly escalated into rock, bottle and Molotov Cocktail throwing, with Police using teargas and rubber bullets (mostly) to break up the crowd.

This wasn’t the first such protest to turn violent. Earlier in February, a similar demonstration became the focal point for the much publicized Bank of America burning.

So this time, the heavy guns were brought out.

In the midst of the violence one student, Kevin Moran was killed and the rioting lasted for a week. Moran was engaged in putting out fires set by, who many felt were agents provocateurs who had infiltrated the demonstrations. But when a truck filled with armed police stopped in front of a building Moran was standing in front of, they shot him and claimed he had been shot by a “radical sniper”.

This broadcast, part of ongoing coverage which KPFK often provided during the turbulent 60s, is from the 6th day of the disturbance, where the curfew had been lifted and relative quiet was being restored. It’s a one-hour extract from the days broadcast.

Isla Vista was big news, until bigger news came along a few days later, in the name of Kent State and Jackson State.

The season of protest and the Spring of discontent were in full season in 1970.