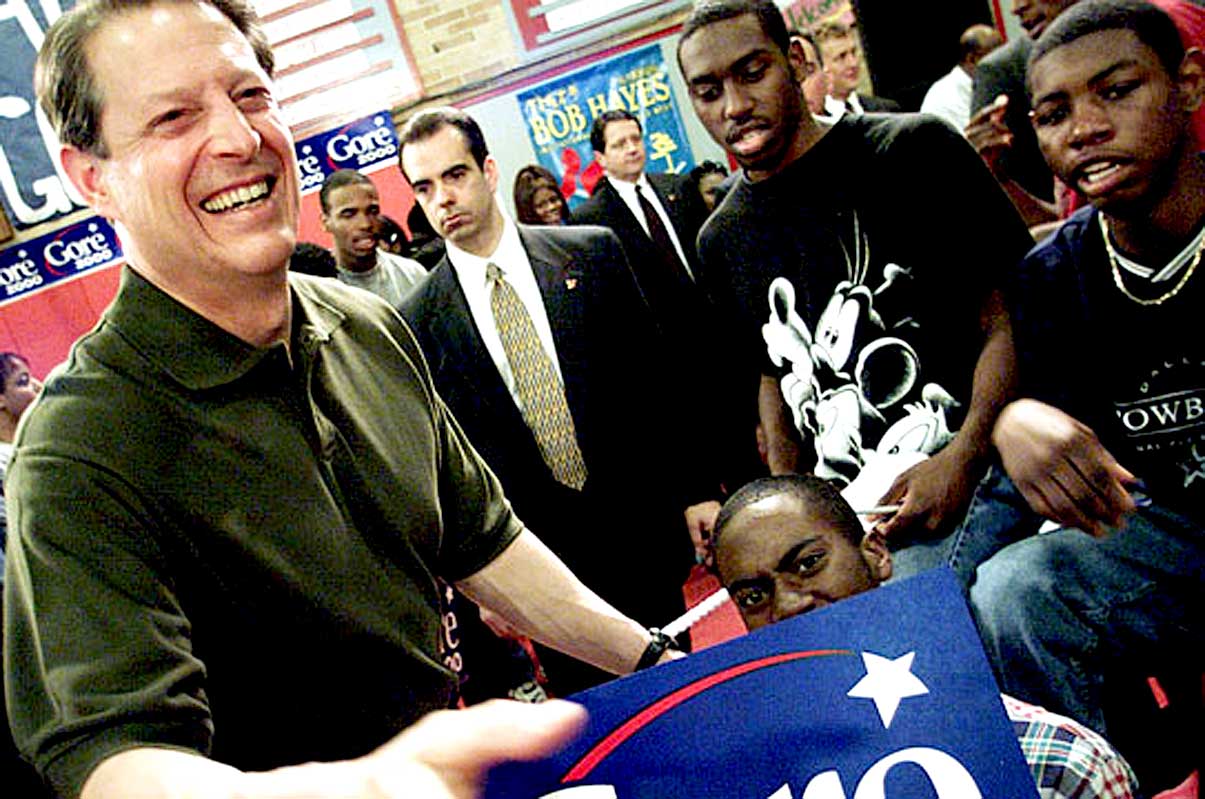 March 14, 2000 – Election 2000 – only three months into it and already Al Gore secured enough delegates to put him over the top. Only a week after Super Tuesday, the batch of primaries for the week after were being referred to as “Stupor Tuesday” because of the lackluster turnout by voters. Still, Florida provided the magic numbers to put Al Gore over the top with 2,170 delegate votes.

On Wall Street – It was shaping up to being a lackluster day on Wall Street, until President Clinton delivered a few choice words to the Bio-Tech industry that could make it harder for private research firms to reap huge profits from their discoveries. In an announcement at the White House, President Clinton signed an agreement with Britain declaring that all information being discovered over the Human Genome project would be freely available to scientists worldwide. The President wanted the private sector to be equally open with its findings on raw genome data, but he also made clear that corporate research should be protected and rewarded for genome research that betters human life. The news sent Bio-Tech stocks into a tailspin, taking the rest of the Stock Market with it, closing off some 200 points to 4706, with the Dow closing lower to 9811.

And a website calling itself Date-Rape.org, proclaiming itself a “one-stop shop for all your Date Rape needs” was shut down by its host company, My Internet.com after complaints were received that the site was claiming to offer “the latest and greatest in Date-Raping Techniques and advertised a kit called “Date Rape In a Box” for $49.99.

And that’s just a small slice of what went on, this March 14th in 2000, as reported by The CBS World News Roundup: Late Edition.