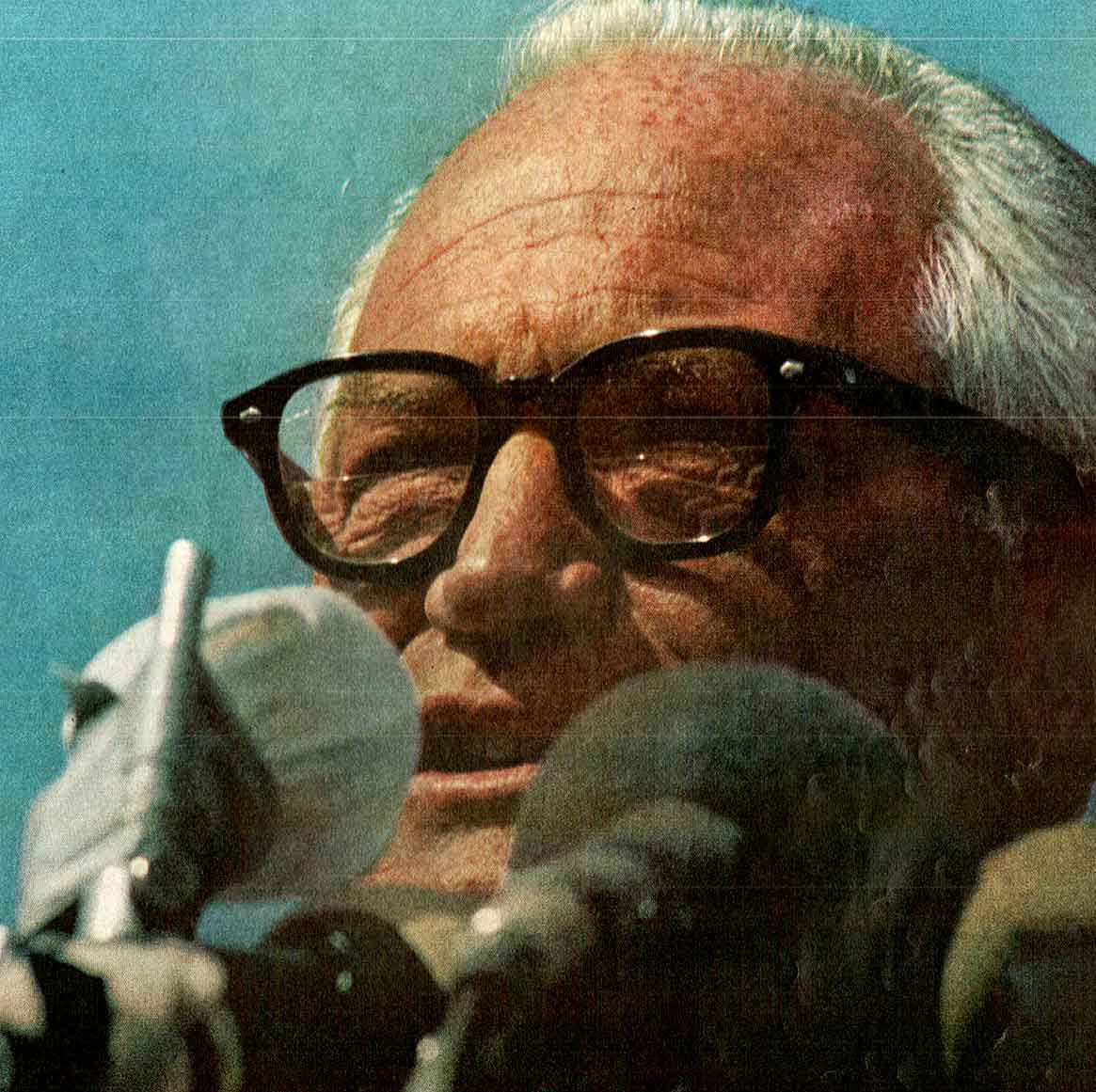 Barry Goldwater And The Plan For 1962 – Past Daily Reference Room

On this episode of Meet The Press, from August 5, 1962, Goldwater is Chairman of the Senatorial Campaign Committee and considered the country’s leading Conservative. He is asked about what he felt the domestic issues in the upcoming mid-term elections were. First, the state of the economy, and second was the issue of Medicare which the Senate had rejected, but which the general population were in favor of. Goldwater is asked if the recent defeats of two Congressional opponents of Medicare were beaten in a mid-term election in Tennessee. Goldwater denies the Medicare issue had anything to do with their defeat, insisting the elections in Tennessee had no importance on the issue of Medicare, and that polls indicated a national rejection of the Medicare bill.

When asked about Foreign Policy, Goldwater insists that the most important issue of the 1962 mid-elections would be the domestic economy and that Foreign Policy would take a backseat in any discussions. And then Goldwater talks about the various forms of waste the Democrats are engaged in, and eludes to wild party’s put on by the Attorney General.

You get a taste of things to come – and in retrospect, Barry Goldwater has been regarded in recent years as a moderate compared to the current makeup of the GOP. Gone, of course is the Liberal wing of the GOP, and decimated, for the most part, is the moderate wing.

Listening to this episode of Meet The Press, you really do wonder what happened and how it will end. I don’t think anyone could have predicted in 1962 what the election of 2016 would look like, not to mention 2008 or 2012.

Brave new worlds, indeed. Here is that Meet The Press interview with Senator Barry Goldwater from August 5, 1962 – two months before the Cuban Missile Crisis, by the way.