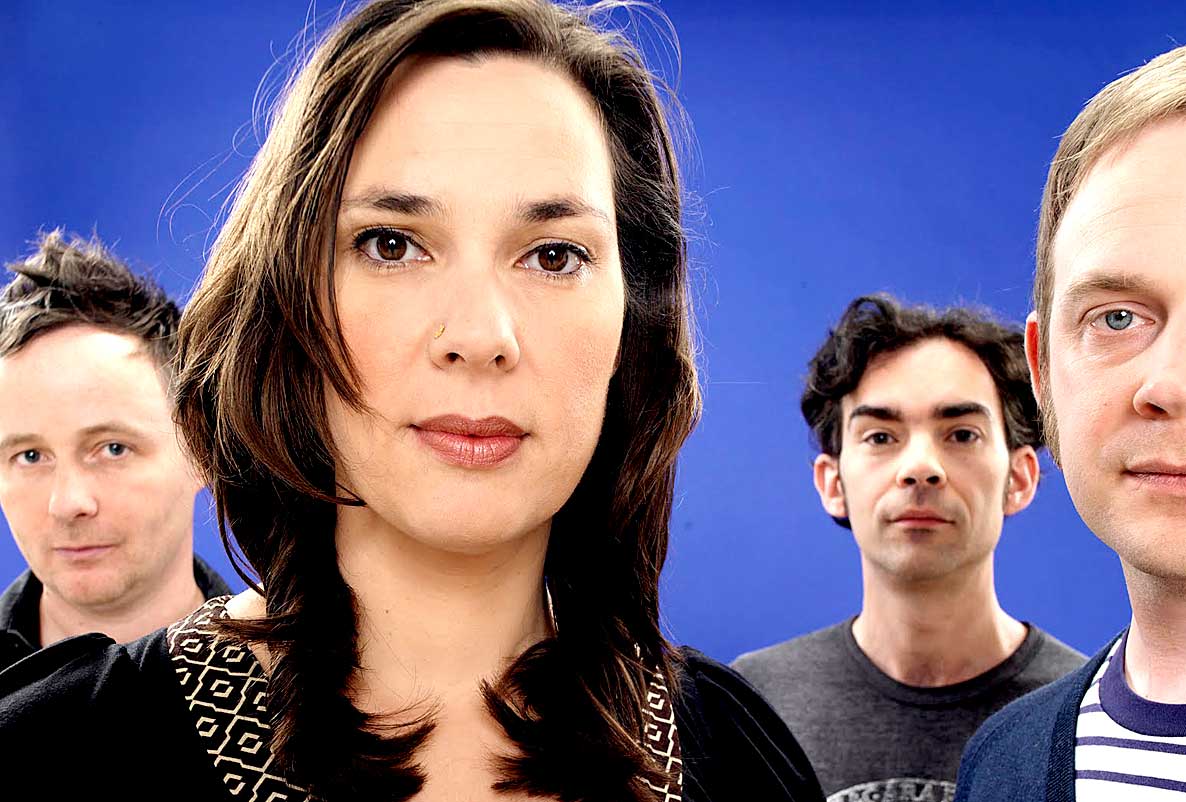 Stereolab - one of the most fiercely independent and original groups of the nineties - and don't take my word for it.

Stereolab – one of the most fiercely independent and original groups of the nineties – and don’t take my word for it.

Stereolab tonight. From an appearance at the Phoenix Festival 1996 and featured on the John Peel program over BBC Radio 1 on July 20, 1996. Stereolab were long considered one of the most original and fiercely independent groups of the 90s. And although they didn’t achieve the massive commercial success lesser bands did, they were nonetheless one of the most influential and pioneering bands of the Experimental/Alternative/Electronica genre that got started in 1990.

Although they are on indefinite hiatus now, their catalog of albums is huge. And luckily, because the members of Stereolab formed their own label and retained the rights to their albums released via other labels, their prodigious output is available and never out of print.

That’s good, because this band has a lot to offer and their musical adventures lend themselves to intense study. And if nothing else, they make for completely satisfying listening. I don’t know about you, but Stereolab were always, at the least, interesting and at the most, wildly engaging – and it would be safe to say that, at least one Stereolab album needs to be in every record collection, just as a frame of reference.

But that’s their studio material. The live performances are whole different kettle of fish – aside from not having the confines of a controlled studio environment, the band also supplemented their material with a working band. So the end results are different in many ways – and with all live performances, it’s flying without a net and the results are a coin-toss. But, as I said before, Stereolab have always had something exciting going on – and in a live context, there’s no difference.

So crank this one up, and enjoy – it’s announced by the venerable John Peel and is a reminder of just how creative things got in the 90s.

And while you’re listening – a HUGE debt of thanks to those who chipped in to our Past Daily Spring Fundraiser today – we passed a hump and are on our way to being a quarter of the way through because of it. But even with those big contributions, we still need a lot of little ones – any amount is needed and gratefully appreciated. If you like this posts and our other posts like it, and want to help things along, AND get a Tax Deduction for your pledges, please click on the link in the box below and show your support – and tell your friends. We’re getting there – and with all your help and support, we’ll make it. Big hugs to you all!