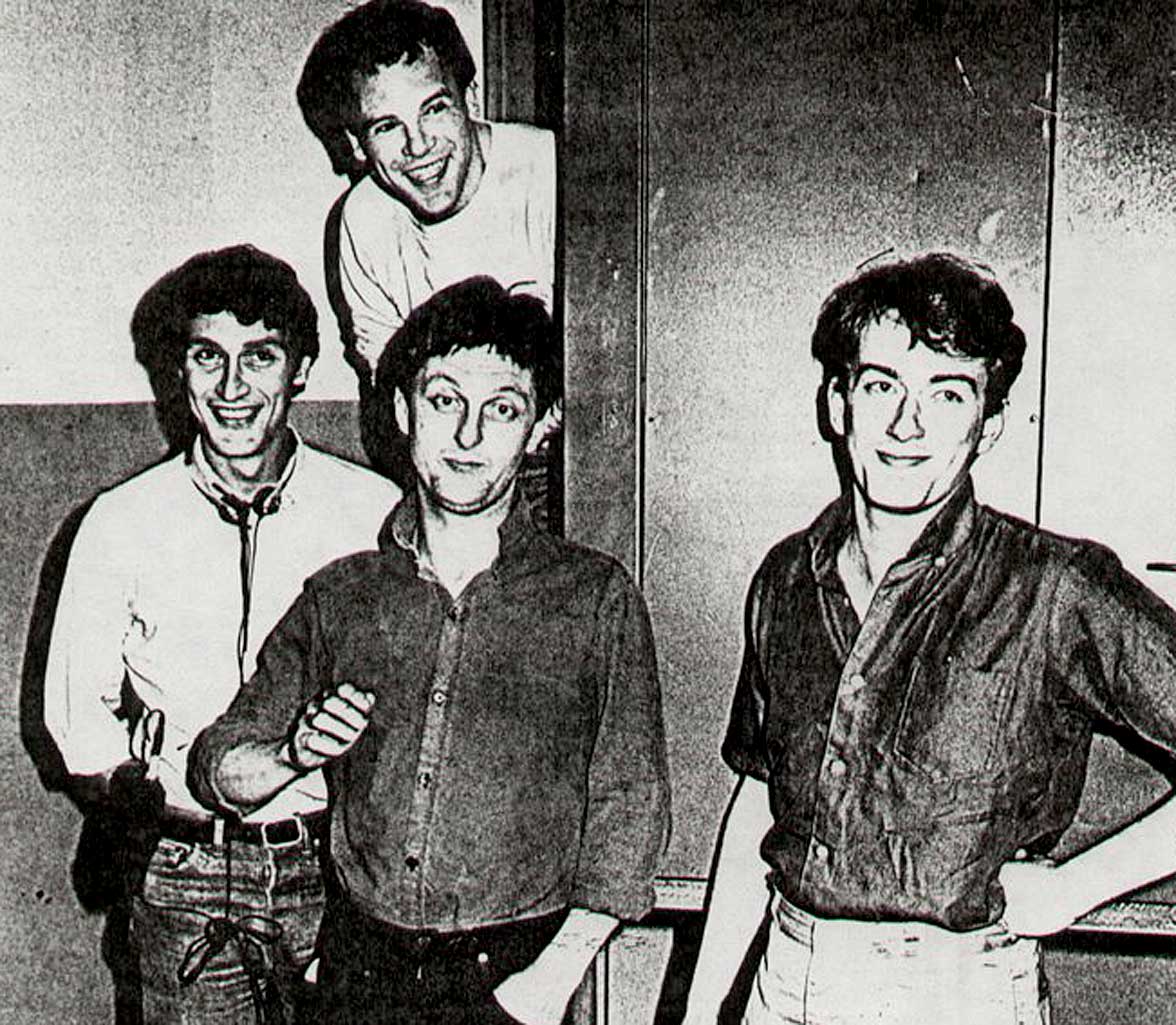 Gang Of Four - largely considered one of the leading bands of late 70s/early 80s post-Punk.

Gang Of Four – In Session 1981 – Past Daily Soundbooth

Gang Of Four – largely considered one of the leading bands of late 70s/early 80s post-Punk.

More examples of Post-Punk tonight. This one by way of Gang of Four, who many considered to be one of the leading bands in the post-Punk movement. They were together (the first time) from 1977 to 1984 – the second time from 1987 to 1997 and this latest incarnation from 2004 to the present.

There have been several different lineups over the years, with only guitarist Andy Gill as the sole remaining original member. Their debut album, the 1979 Entertainment! has been considered the fifth greatest Punk album of all time. During the 80s though, they drifted away from those roots and wandered in the direction of dance-Punk and Disco. But beyond all the changes and direction shifts, they have maintained strong political and social commitments in their music, and were, even early on, considered a potent force in the pursuit of working-class justice.

Tonight it’s their third session at BBC Radio 1 for John Peel, recorded on March 9, 1981 and broadcast on the March 12th. I remember the band causing a stir with American audiences and were a huge influence with a number of bands, including REM and Red Hot Chili Peppers, and some have gone so far as to say their influence has been felt with a number of rap artists. So they got around.

If you aren’t familiar with Gang Of Four, they are an important link for you to get familiar with. If you are familiar and have been following them for years – I don’t need to tell you anything you don’t already know.

So crank it up and enjoy.

And while you are – we’re still in the middle of our Past Daily Spring Fundraiser and we really need your support. If you like the sort of wide-ranging stuff we do (History, newscast, interviews, pop culture, culture in general and Music of all kinds), then please consider chipping in whatever you can and help keep us up and running and preserving the thousands of hours of broadcasts and fragile historic recordings we’re working on. You may not think that donating the price of a cup of coffee is a lot, but it means everything to us. So please, chip in what you can – it’s all Tax Deductible and it will help more than you can imagine. Just click on the link in the box below and lend your support.