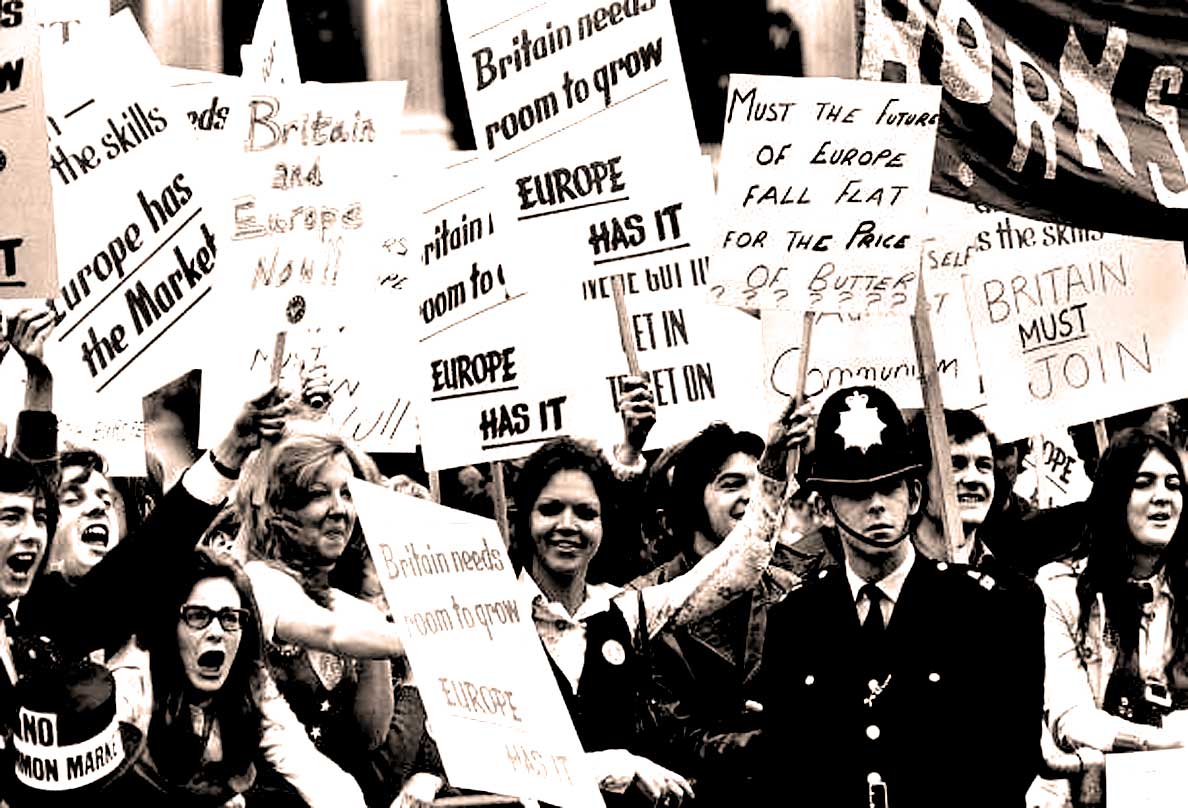 Common Market - 1962. There were demonstrations on both sides of the issue.

Common Market – 1962. There were demonstrations on both sides of the issue.

Before we had the European Union, we had The Common Market. Formed in 1957 and initially consisting of six European countries; France, West Germany, Luxembourg, Italy, The Netherlands and Belgium. The purpose of the Common Market was to create economic integrations between the member states, the result of the Treaty of Rome in 1957. What came out of that was a series of common institutions, including the European Coal and Steel Community and The European Atomic Energy Community. The idea was to create an international community designed to help the economy of Europe, but also to prevent future war by integrating its members.

During the 1960s there was a movement afoot to enlarge the Common Market to include other countries – Denmark, Ireland, Norway and the UK had applied to join the organization in 1961.

Bearing in mind the current move to leave the EU, Britain had, in 1962 brought up the issue to the voting public, and debate over whether or not to join the Common Market began in earnest.

Here are a series of reports, via the BBC from 1962 featuring various opinions on Britain’s membership in the Common Market, including an interview with then-Member of Parliament Edward Heath regarding his recent talks in Washington over the American position on the Common Market question.

Interesting that the dissenting vote for the additional members came from France and Charles DeGaulle, who felt Britain’s entry into the Common Market was something of a Trojan Horse for U.S. influence over the organization. After all the debate, DeGaulle vetoed the membership requests of all four requesting countries and the expansion plan was shelved until 1967 when the ban was finally lifted.

Here are some interviews and opinions on the Common Market membership question as it was in January of 1962.

And while you’re listening – take a minute out to chip in what you can during our final days of the Past Daily Spring Fundraiser. Click on the link in the box below and make your tax deductible contribution as well as grab some premiums as our way of saying thank you. We need your support and we need to hear from you in the next few days.