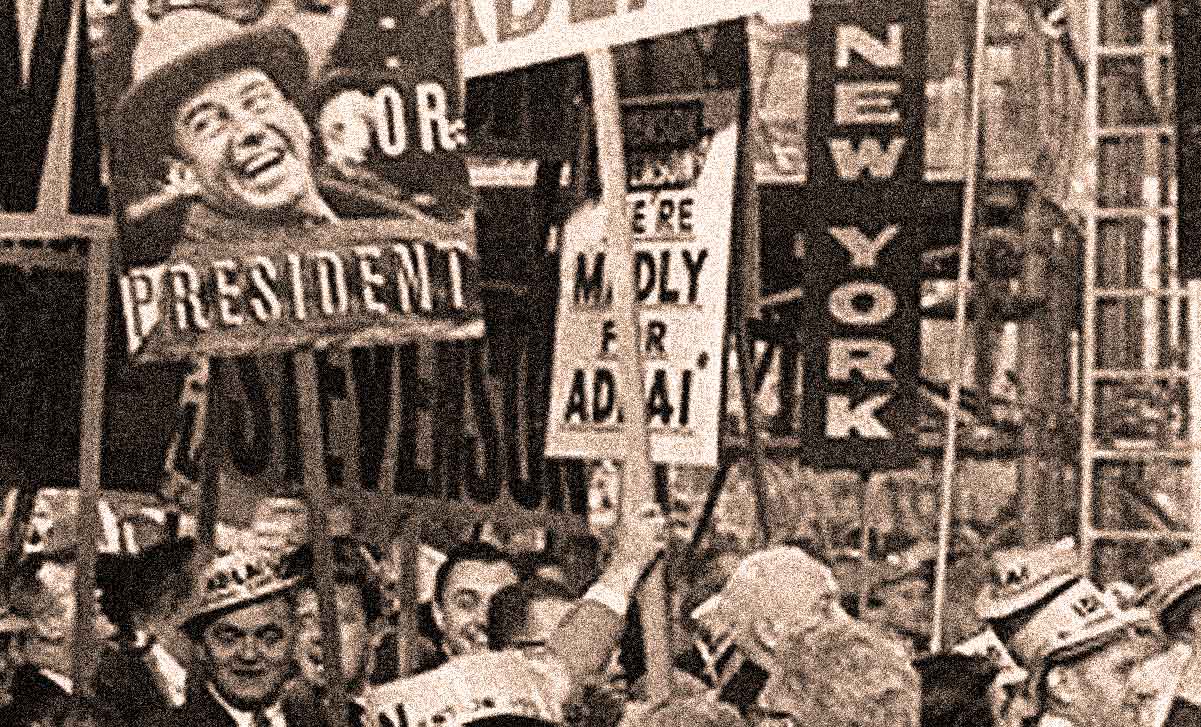 Sounds of Conventions; a snapshot if you will, of moments, not necessarily earth shattering or pivotal, but moments which evoke a period of time in Americas political life.

His running mate for this convention was Alabama Senator John Sparkman. It was hoped the inclusion of a Senator from Alabama as running mate would be a plus for vote-getting in the solid South.

During this hour, its the seconding speeches and placing other nominees for consideration; notably Women within the party. It’s interesting to listen to the nominating and seconding speeches and the reactions from the broadcast booth at the time. Women weren’t taken seriously as political entities. Many felt it was lip-service, even though a number of extremely capable women were up for nomination. Some of the seconding speeches are prophetic (certainly with reference to the current Presidential race), while some voice a frustration that the Male counterparts of the political process weren’t being represented, or even taken seriously by the DNC (or the media, for that matter). A number of prominent Women within the Democratic Party were under consideration, and these recordings feature some of the rare appearances of these Women In Government during 1952.

Like I said, this is a snapshot – a snippet of the political atmosphere during convention time throughout recorded history. There will be many more and many different appearances from the same conventions.

Further evidence the Political process has always been interesting and instructive – and even though we have always gotten the broad-stoke moments and highlights of these conventions in the past, hearing the less well-known moments and the lesser-known personalities at the podium during occasionally heated exchanges adds another dimension to an important part of our history.

So stay tuned – we’re going to be jumping all over the place, chronologically – but it will all be, at the very least, interesting.

Here is that series of seconding speeches from July 26, 1952 – The 1952 Democratic Convention, from a broadcast in its entirety over the Mutual Broadcasting System.