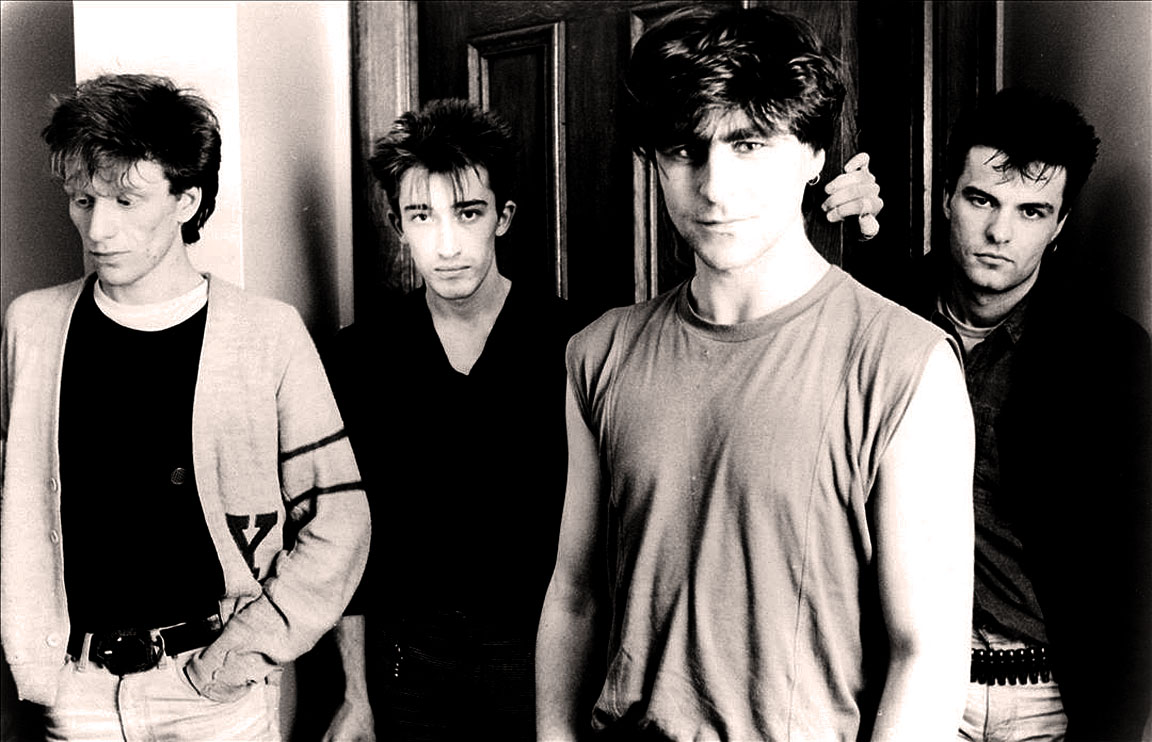 The Chameleons - fits and starts with a few bad breaks.

The Chameleons In Session – 1981 – Past Daily Soundbooth

The Chameleons – fits and starts with a few bad breaks.

Post-Punk/New Wave tonight from The Chameleons (or Chameleons UK), a relatively short-lived but seminal band of the early 80s, in two incarnations, with some six albums and six singles under their belts as well as being signed to six different labels over the course of their career. Their first incarnation began in 1981 and ended in 1987 with the sudden death of their manager.

They got their initial break by way of John Peel, from which this was their first session. Peel was an early supporter of the band and it was by way of his exposure via BBC Radio 1 that The Chameleons got signed to Epic Records in the UK, producing their debut single, In Shreds. Sadly, the relationship didn’t last long and they ventured off to their second label, Statik Records where they issued their debut album, Script Of The Bridge. They would release one more album for Statik (What Does Anything Mean, Basically?) before ending that relationship and heading off to Geffen where they issued their third album, Strange Times. That would be the last album in their first incarnation.

The Chameleons are probably not that well known in the U.S., although Geffen did their best promoting their third album – like so many bands of the period, there was a surfeit of talent to wade through and many bands got lost in the shuffle. Through no fault of their own, just a matter of timing. It also didn’t help that an American band was also named Chameleons, which had in their ranks the distinction of a Pop-New Age phenom Yanni to contend with – hence the UK prefix.

So if you’re not familiar with The Chameleons, here is a place to start; their first of three sessions for John Peel – this one was recorded on June 17, 1981. If you are familiar, this one may ring a few bells and bring to mind what a hectic year 1981 was; how everything was in a state of flux. How New Wave was coming in and Post-Punk was hanging on. Pop was turning around in a bunch of different directions – and there was that thing called MTV to deal with. A lot going on – and The Chameleons were part of it.