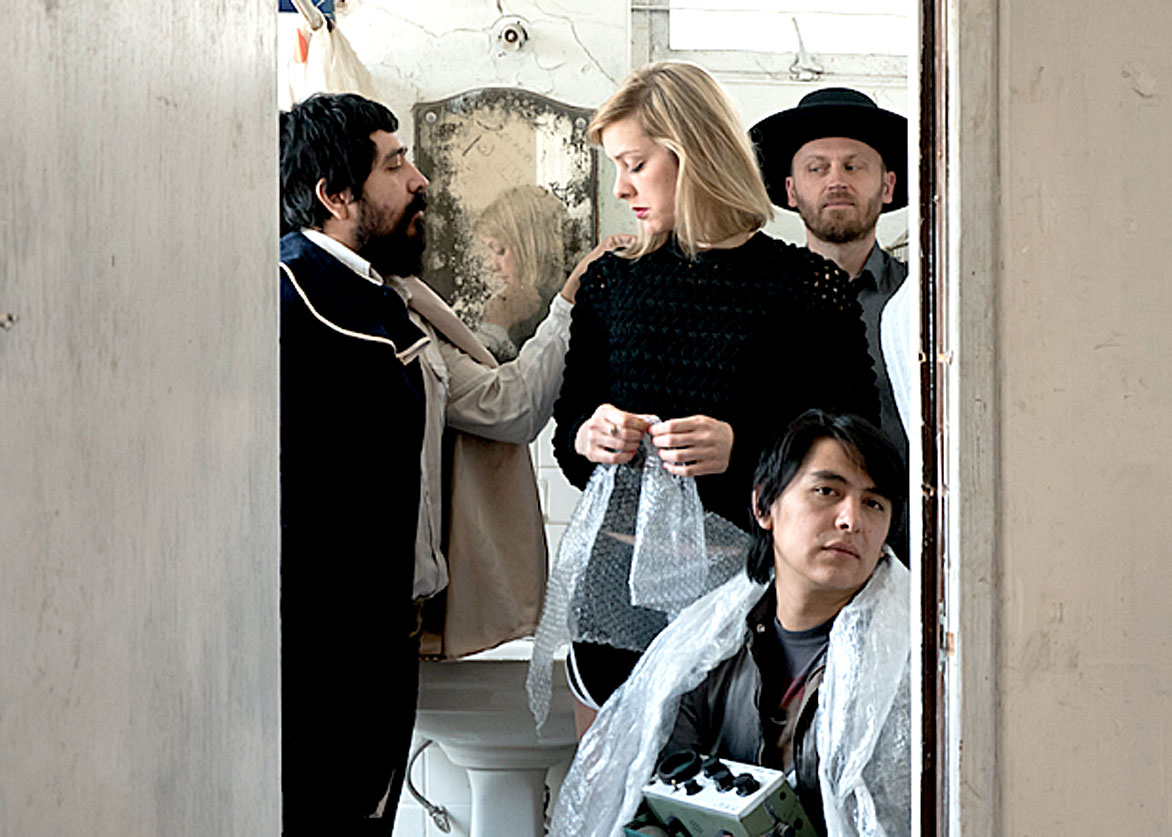 Exploded View - Fever Speak and Cacophony Dream. A glimpse of the future.

Exploded View – Fever Speak and Cacophony Dream. A glimpse of the future.

Exploded View, in concert at Route du Rock 2016, recorded only days ago (August 14).

Okay – this may take a little getting used to. Simply put, Exploded View are doing something very new, while at the same time doing something rather old. Together only a few months, the band consists of UK Born/Berlin-based Anika Henderson, who, for the most part doesn’t sing, but rather intones a fever-dream of surreal word images, delivered in a detached monotone strongly reminiscent of Nico from Velvet Underground, during her solo period. The other members of the band, Hugo Quezada and Hector Malgarejo, come from the Dreamscape/Alternative/Underground scene in Mexico City (which I would like to know more about and have heard much about the past few years). And rounding out the group is Swedish drummer and producer Martin Thulin.

The new part is the concept of mixing dream and cacophony. The old part (or the more familiar part to those of us of a certain age) is that each on their own has been around for a while, going back to the experimental/free-form freak-out happenings of the 60s and stream-of-consciousness Poetry readings.

But at the same time, this is something different. Henderson’s word images are compelling, hypnotic and surreal. Her voice has an icy soothe to it (contradictory, I know. But . . .) – the staccato piercings of chords and riffs coming from Quezada and Malgarejo are jarring and corporeal – and they take their cues from each other and Thulin holds it all together in a rhythmic trance.

This may seem like some haphazard improvisation – making it up as they go along. But in truth, it has a direction and an intention – and if you’re willing to sit with it for a few minutes you’ll find, like I did, something completely engrossing and mesmerizing over the following 39 minutes.

Flat-out; not for everybody. If you’ve been reading this blog for more than a few months you’ll know my taste can run to extremes – but the bottom line is that I don’t run anything I wouldn’t recommend and haven’t lived with for a while. I don’t foist stuff on you for the sake of being controversial or purposely obscure. This is music I’ve sat with and listened to over and over and find something of value and merit in. If you take it as part of an adventure in listening, you may find yourself wanting more – don’t come with preconceived notions – just fasten your seat belts and let the bus take you somewhere you haven’t been.