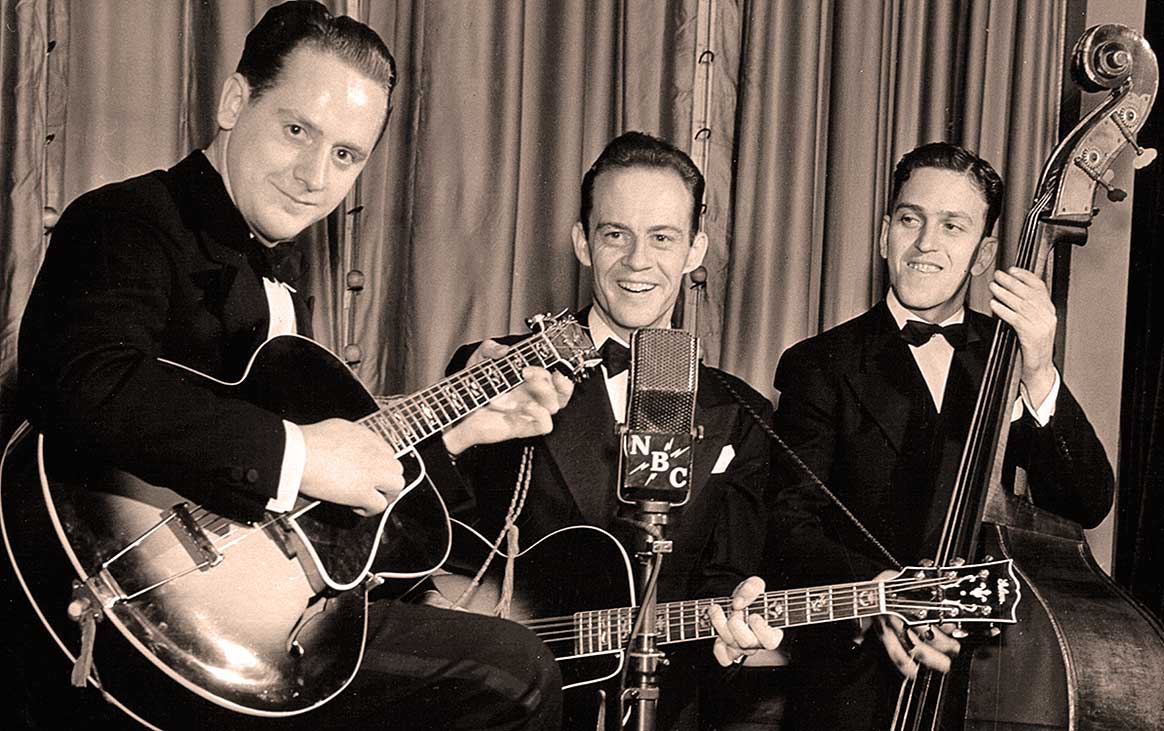 If it wasn't for Les Paul - where would Music be?

If it wasn’t for Les Paul – where would Music be?

Les Paul was such an influential figure in so many facets of music, that it’s hard to pin down exactly what genre he is best known for. His innovative use of the electric guitar set the stage for Rock n’ Roll. His phrasing was influential to countless Jazz musicians. His musical effects became his trademark in Pop and Country. So what genre would you consider Les Paul?

Like I said, hard to pin down – but suffice to say Les Paul was (and is, even some seven years after his death) a widely admired and influential player who spread himself across the Musical spectrum – and even had a guitar named after him. He was also an engineering whiz, and his use of tape loops, echo effects, double and triple tracking made him an institution and an object of much emulating and copying.

This broadcast, one of a series Les Paul did for a number of radio networks in the 1940s and 1950s, was rebroadcast by the Armed Forces Radio Service to troops stationed overseas. It was originally broadcast on May 27, 1945 – and features, in addition to his trio, Pat Kay on vocals.

I don’t think you would consider this program to be strictly Jazz – but it comes at a time when Jazz was undergoing a number of important changes – it was evolving out of Pop Music and it was taking up residence in the small group. And even though the structure is much like that of the Big Band (vocals, standards, dance tunes), the focus is on Les Paul’s virtuosity and renditions of music you certainly couldn’t dance to. The music of Les Paul became stuff you listened to and not at – and maybe that was the distinction between a purely Pop artist and one whose sphere of influence went deeper.

In any event, here is Les Paul as he sounded during the World War 2 years, when he was just arriving on the scene and was just getting a name for himself. Here’s is what he sounded like in 1945.

Enjoy – and you can try this at home.