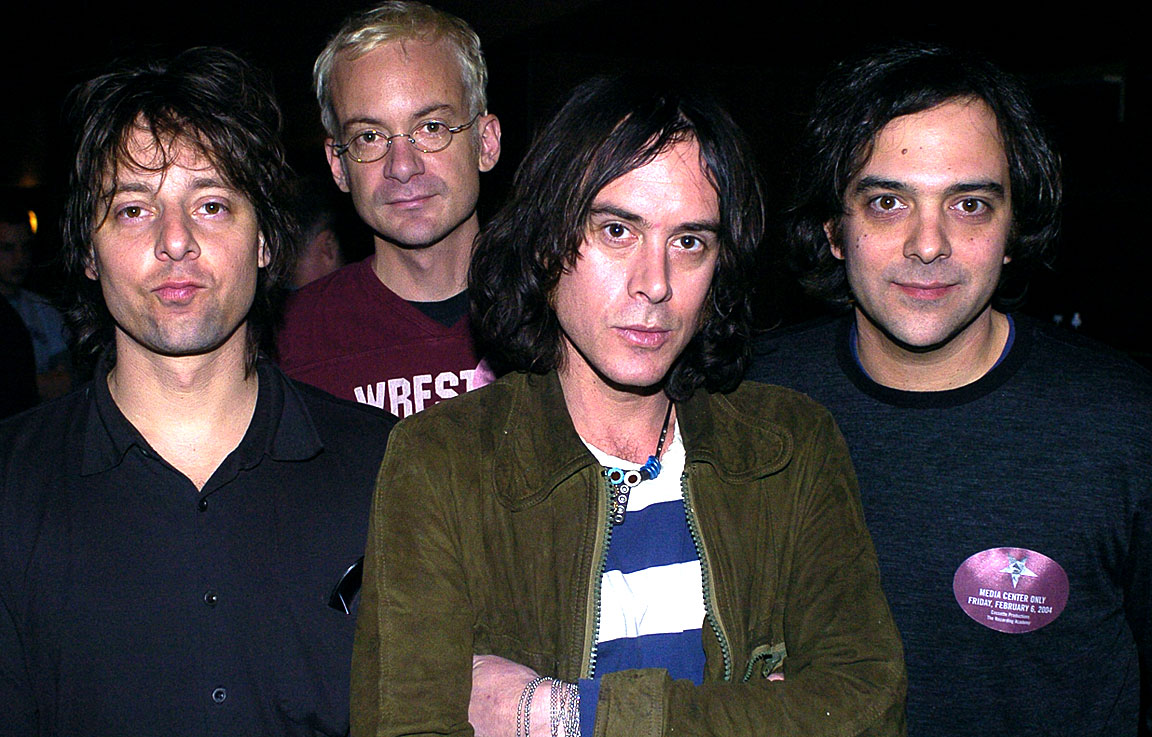 Fountains Of Wayne – In Concert – 1997 Reading Festival – Past Daily Soundbooth

New York Indie congregation Fountains Of Wayne tonight. In concert at the 1997 Reading Festival, and smack in the middle of touring, hot on the heels of a promising and critically acclaimed self-titled debut album from 1996.

Formed in 1995, Fountains Of Wayne had a good run (18 years before calling it a day in 2013), were critically acclaimed and had frequent run-ins with their record companies. They have been unfairly referred to as “one hit wonders”, mostly for their 2003 smash-hit, Stacey’s Mom, which garnered them a Grammy-nomination and a Gold Record. But they managed to become one of the most featured bands on TV and in Films, with some 39 Film and TV Commercial credits during their years together, it was an impressive resumé. So even if you didn’t know who it was, chances were, what you were listening to in that episode of The Sopranos or Veronica Mars was Fountains Of Wayne. And because of that, they became wildly successful even if it wasn’t via Radio or MTV.

And much of their work, especially Adam Schlesinger, the band’s bassist/composer, was with other bands and other projects, including side-bands and solo sessions.

And although they were considered Indie/alternative/Power Pop, their musical style was eclectic and diverse and it may have prompted many not to put a finger on exactly who Fountains Of Wayne were.

Since their final split in 2013 (they had an initial hiatus/lay-off period around 2000 before reuniting and recording new material), there has been talk of a possible reunion this year. But it was pretty much denied by everyone, including Schlesinger and fellow founding member; singer/guitarist Chris Collingwood. The latest word is “never say never, but . . .”, they did rule out recording any new material, but they held out the possibility of perhaps doing a few gigs at some point.

If you missed them the first time around, and are waiting for the next time to happen, have a listen to this concert from 1997, when they were getting off the ground. And guess how many songs you recognize from TV shows and movies.