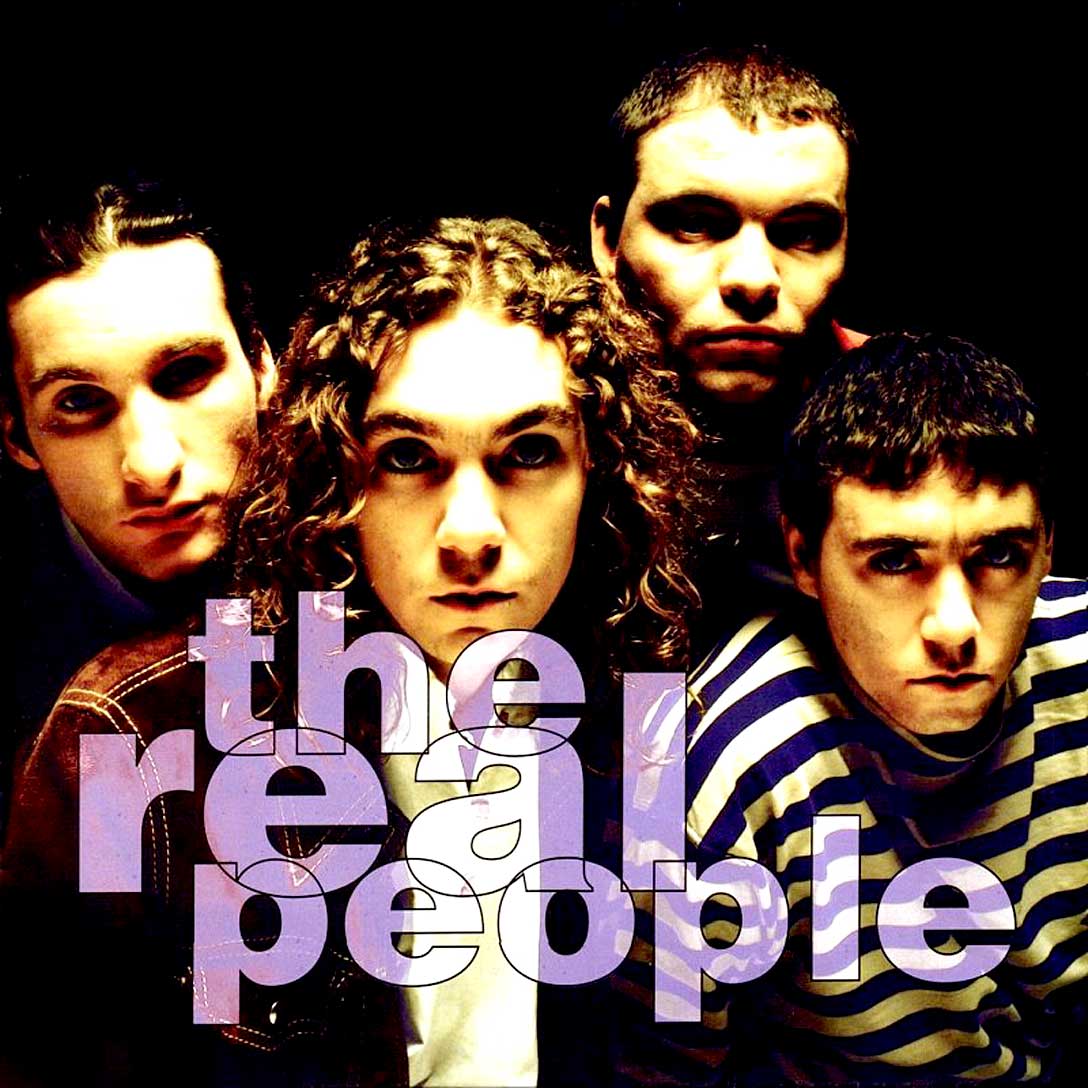 The Real People - without them, there may have been no Oasis.

The Real People – In Session 1991 – Nights At The Roundtable: Session Edition

The Real People – without them, there may have been no Oasis.

The Real People – a group which may not ring a lot of bells, unless you had your ears to the ground at the time and knew something was up.

Although not from Manchester (they were from Liverpool), they probably did a lot to bring Madchester to fruition, if for no other reason than the group had a studio and lent their support and facilities to a group of unknowns fronted a former roadie named Noel Gallagher and going by the name of Oasis.

The Real People, fronted by brothers Tony and Chris Griffiths got started in 1988. After a few fits and starts but gathering a following via tour support for such bands as Simple Minds, Inspiral Carpets, David Bowie and Nelly Furtado, landed a deal with Columbia Records (during their transition to Sony) and issued their debut album in 1991 to critical raves and a respectable showing on the album charts. They proceeded to do major tours of Europe, the U.S. and Japan.

This session, recorded for BBC’s Radio 1 on January 12, 1991 comes right at the time they were promoting their debut album, and it features the singles Open Up Your Mind and Window Pane.

Although their stay with Columbia was relatively short-lived, they went on to issue follow up albums via their own label, Egg Records, recorded in their own studio – and that’s where Oasis comes in. With the help of the Griffiths brothers, Oasis put together an 8-track demo, which eventually formed the groundwork for the bands first album, Definitely Maybe.

With several personnel changes over the years, The Real People are still together. Chris and Tony Griffiths have become writers of considerable note for such acts as Cher and Ocean Colour Scene. They are still actively recording and have 5 albums to their credit.

If you missed them the first time around, you might want to check them out and listen to what you missed in 1991. It was a busy year and there were a lot of changes in the air. The Real People were at the crest of a wave and were a huge influence on a number of bands coming up during that decade – and they made an important and valuable contribution.

Crank this one up and dive in.