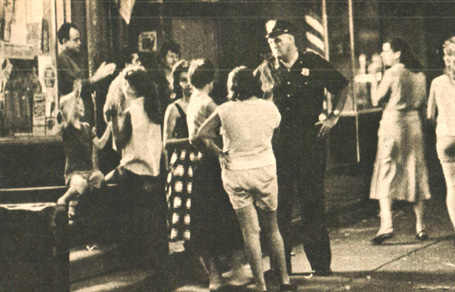 The notion that human beings don’t change all that much over the years is evident in this local newscast, from WNBC-AM&FM in New York City for the evening of July 2, 1964.

Murder investigations, robberies, traffic snarls, street repair, Summer heat – that was July 2, 1964. Not all that different from today, except maybe the air-conditioning being out for a week at The Empire State Building with daytime temperatures hovering into the triple digits might be different in 2012. But then, maybe not. Hearing about massive power outages throughout the East and the unbearable heatwave that’s gripped most of the country, just seems to go along with Summer.

In any case, here is slice of Summer from 1964, as presented by Joseph Michaels and Arthur Gary and the 6:30pm news for the Greater New York area, as broadcast on July 2, 1964.