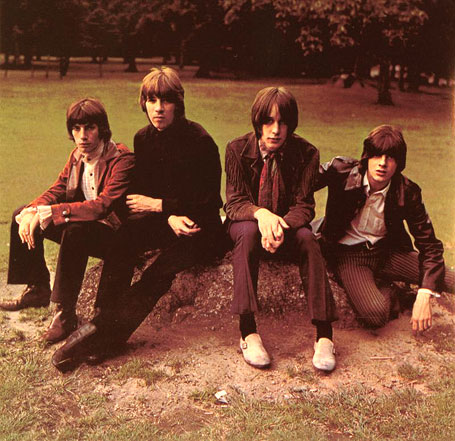 The Nazz - a band that time finally caught up with.

The Nazz – a band that time finally caught up with.

Something familiar and later ’60’s tonight – 1968 to be exact. The Nazz were one of those bands that the audience finally caught up to, but by then it was too late and the leading characters had gone off to achieve bigger things.

Initially conceived as a Teen-Pop group (a-la The Monkees) their first efforts didn’t make a very big dent in the market. In fact, their first album went almost unnoticed. When one of the founding members, Todd Rundgren, left the band in 1969 to pursue a solo career, and achieve critical as well as audience acclaim, people started to look to the earlier stuff to see what they missed.

And apparently they missed a lot. So The Nazz, which had pretty much broken up by the early 1970’s, suddenly became “discovered” by the audience and tonight’s track “Open My Eyes” got a new lease on life via Todd Rundgren fans.

So as a reminder if you’re familiar, or an introduction if you aren’t, here is The Nazz and the b-side of their first single. The rest is history.