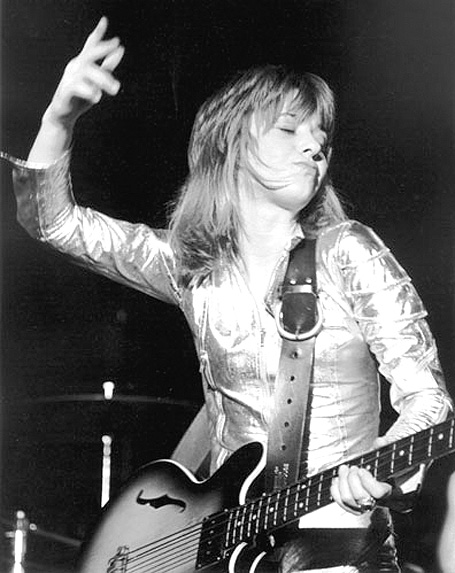 Anyone remotely familiar with the halcyon days of Glam Rock undoubtedly knows about Suzi Quatro. Born in Detroit, but relocated to London, Quatro was snapped up by the producing team of Chinn and Chapman, who were responsible for the meteoric careers of Gary Glitter, The Sweet and several others, and became an almost overnight sensation in England, Europe and Australia where she had an almost endless string of hits lasting well into the early 80’s. The U.S. was a bit harder to crack, but it wasn’t for lack of trying and it really wasn’t until she took a detour and was cast as Leather Tuscadero on the Happy Days TV series that her career in the U.S. matched that of the rest of the world.

Quatro’s success was significant on a number of levels. She was the first female Bass player to become a major rock star and she was one of the first Women of Hard Rock; a genre that was, up until this time, pretty much an all-boys club. She’s still very active, having released her 15th album just recently. She was doing a weekly radio show for BBC 6 Music and still has a large fan base.

Tonight it’s one of her early singles, a cover of the Elvis Presley All Shook Up, released in 1973.

And Suzi does her 70’s gender-bending best