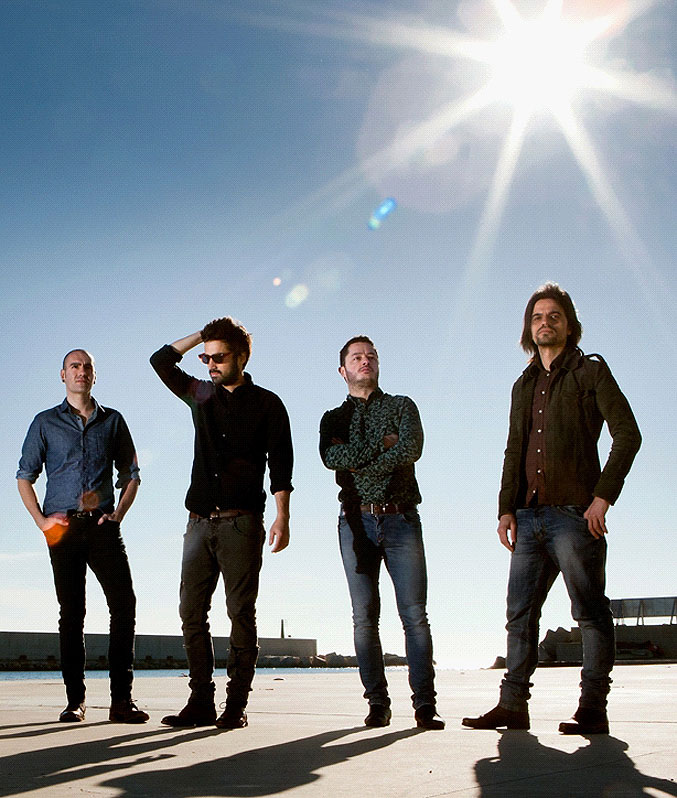 Cyan - Indie from Barcelona and on a mission.

Cyan – In Session At RNE3 Madrid – Nights At The Roundtable: Rock Without Borders Edition

Cyan – On a mission from Barcelona.

Cyan are a band from Barcelona. They’ve been together since 2008 and have just released their third album, Delapso and have been regarded by the Spanish press as one of the Best Bands of 2011. Fronted by Javi Fernandez whose potent vocals have contributed a lot to the band’s high regard among press and fans alike in Spain.

But nobody really knows about them in the U.S.. Okay – they sing in Spanish and they haven’t been out of their native Spain to do any touring or gigging to speak of. And in fact, they’ve been on an extensive tour of Spain starting in March to promote the new album. They are rumored to be playing a number of the upcoming Festivals in Madrid and Barcelona during the Summer. And with any luck, they might catch the ear of someone who will suggest they make a few appearances in the States. Just sayin’.

In the meantime, here is a session they recorded earlier this week for the groundbreaking RNE 3 program Los Conciertos de Radio 3. Like most Broadcast outlets around Europe, they devote just as much time to homegrown acts as they do from outside Spain – and it’s from programs like this that you get a real sense of what the music scene is like on a local level – and there are some gems to be found.

Cyan is one of those gems and its further evidence that music can make a difference wherever it goes.