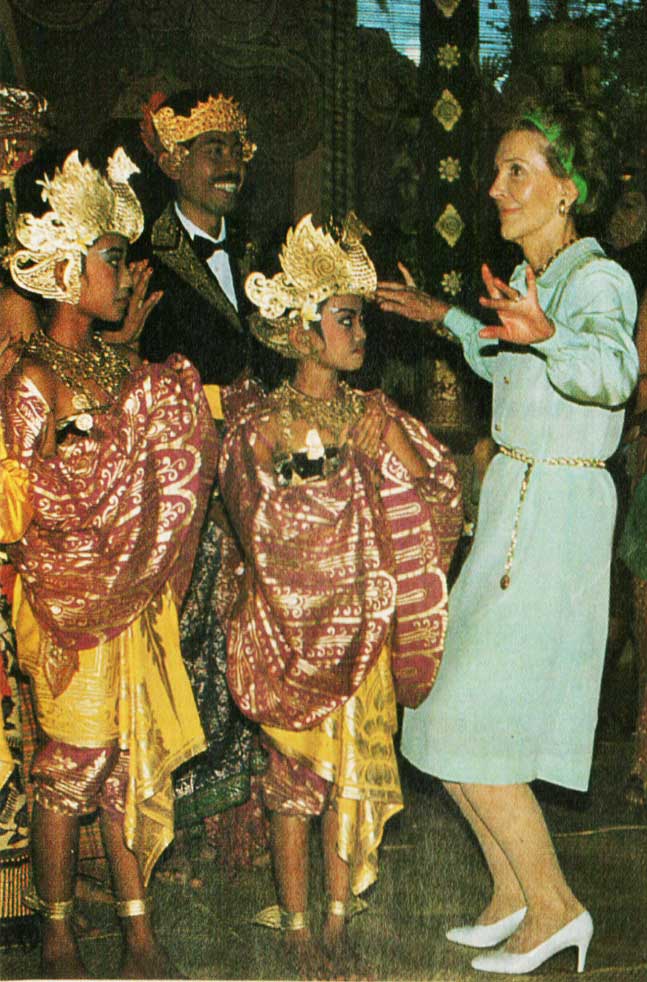 The First Lady and Thai Dancers - credulity was strained.

Ron And Nancy Head East, The Atomic Cloud Heads West, And There Ain’t No Such Thing As Sanctuary – May 2, 1986

The First Lady and Thai Dancers – credulity was strained.

Not nearly as dire as the headline might indicate. Still, May 2nd 1986 saw President Reagan arrive in Tokyo for talks with Prime Minister Nakasone, amid a police presence of some 30,000 and not a whole lot of fanfare over what many considered to be testy talks on Trade. Meanwhile, First Lady Nancy Reagan was scouring Southeast Asia in search of support for her “Just Say No” drug pronunciamento.

And all was not looking good for the aftermath of the Chernobyl Disaster, as radiation levels were hitting alarming spikes all over Europe, indicating those billowy white clouds, laden with radioactivity were inching Westward.

And The Sanctuary Movement, a Methodist Church-based group pledged to help refugees from Central America land in the U.S. was slapped in the face with a wet, stinky towel by the Feds who said they were in the business of “smuggling illegal aliens”. Stiff sentences were handed down to the group of Priests and Nuns based on evidence gathered by a real-life smuggler who traded his stiff sentence for a pat on the head by infiltrating the group and turning over what was alleged to be “damning proof” this bunch were  up to no good.

And life lumbered on, with all this and more as reported by The CBS World News Roundup, this May 2nd, 1986.