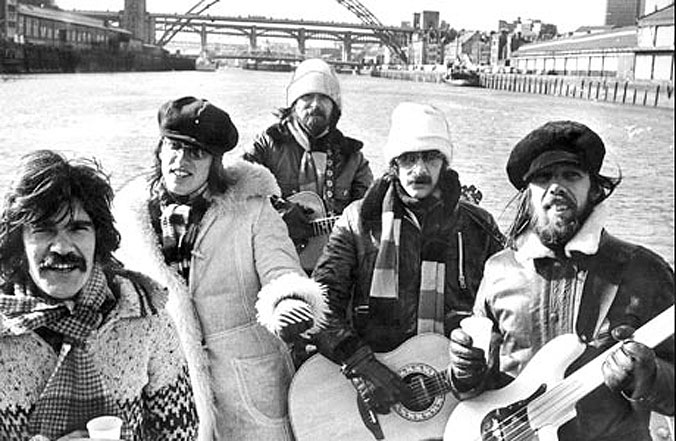 Lindisfarne - that wonderful combination of Folk, Rock and a massive dose of Newcastle Brown.

Lindisfarne – Live In Concert – 1971 – Nights At The Roundtable: Mini-Concert Edition

Lindisfarne – that wonderful combination of Folk, Rock and a massive dose of Newcastle Brown.

Since New-Folk has been making inroads towards mass popularity of late, I was reminded of another band, quite a while ago, who also had that magical combination of Folk and Rock and a string of hits to go along with it. Lindisfarne came along right around the time that groups like Fairport Convention were going through changes and embracing a more Rock approach. Morphing into bands like Fotheringay and the short-lived one-off group The Bunch, and many variations in between, Lindisfarne immediately gained a popularity both here and in the UK and continued, in various forms until their breakup in 2004. They have reportedly regrouped and revamped and are now actively touring.

Tonight it’s a concert from their early phase – recorded by the BBC for their In Concert series on BBC Radio 1 and hosted by none other than John Peel, Lindisfarne go through  a number of songs from their second release Fog On The Tyne which was poised to hit Number one on the UK charts. It was recorded on July 18, 1971.