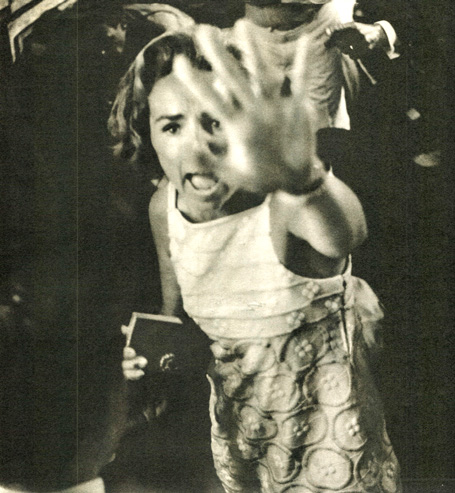 In the midst of celebration . . . chaos.

In the midst of celebration . . . chaos.

Note: This was originally posted on June 5, 2013 – still relevant today.

Forty-eight years ago today, America was hanging on hourly reports from Good Samaritan Hospital over the condition of Senator Robert F. Kennedy, gunned down on his way out of a celebration in honor of his winning the California Presidential Primary only a few hours earlier.

While President Johnson ordered Secret Service protection for the remaining candidates in this Presidential election year, hopes were pinned on a complete recovery for the Senator. And at the time of this broadcast (7:30-8:30 am PDT), Robert Kennedy was reported to be in stable condition, having just come out of several hours of surgery.

At the time there were hopes for recovery, but fears the wounds would result in permanent brain damage persisted. But at 7:30 on the morning of June 5th 1968, no one knew. But people were too much in shock to speculate.

We just wanted everything to be okay.

Here is that complete hour, uncut from local radio station KFWB-AM in Los Angeles (having just switched to an all-news format only weeks earlier), as it happened on June 5th-6th 1968.