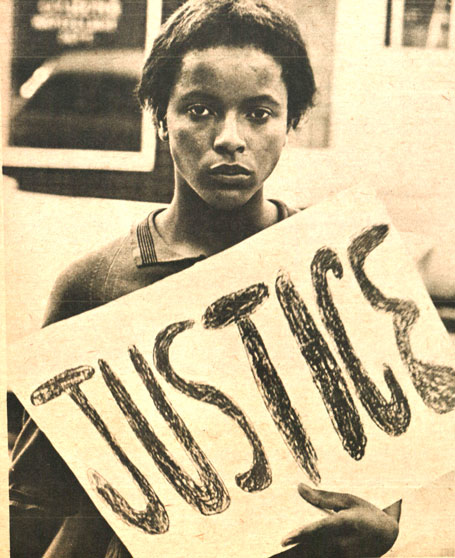 July 2, 1964, President Johnson signed into law the Civil Rights Act of 1964. As part of the legacy of John F. Kennedy, who had proposed the Civil Rights Bill a year earlier, Johnson was committed to making the Act a reality.

President Johnson: “We believe that all men are created equal. Yet many are denied equal treatment.

We believe that all men have certain unalienable rights. Yet many Americans do not enjoy those rights.

The reasons are deeply imbedded in history and tradition and the nature of man. We can understand—without rancor or hatred—how this all happened.

But it cannot continue. Our Constitution, the foundation of our Republic, forbids it. The principles of our freedom forbid it. Morality forbids it. And the law I will sign tonight forbids it.”

The Civil Rights Act of 1964, more than 100 years after the end of the Civil War, sought to finally guarantee the equality of all races and creeds in the United States. Segregation on the basis of race, religion or national origin was banned in all public places, including parks, restaurants, churches, courthouses, theaters, sports arenas, and hotels. The act also authorized the Office of Education (today the Department of Education) to desegregate public schools and prohibited the use of federal funds for any discriminatory programs. The act created the Equal Opportunity Employment Commission while discrimination based on race, religion, national origin, or gender was banned for employers and labor unions. Finally, the act prohibited the unequal application of voting requirements.

The Civil Rights Act was later expanded to include provisions for the elderly, the disabled, and women in collegiate athletics. Its passage also paved the way for two other major pieces of legislation: the Voting Rights Act of 1965 and the Fair Housing Act of 1968. The VRA prohibited discriminatory voting practices like literacy tests and poll taxes. The FHA prohibited discrimination in the sale, rental, and financing of property. Legal segregation had been fully stamped out, though the struggle against racism and other forms of discrimination continues today.
And forty-nine years later, it would seem many of the issues fought for in that bill are being threatened today.

Something about forgetting the past and being doomed to repeat it.

Here is President Johnsons address at the signing of the Civil Rights Bill – July 2, 1964.