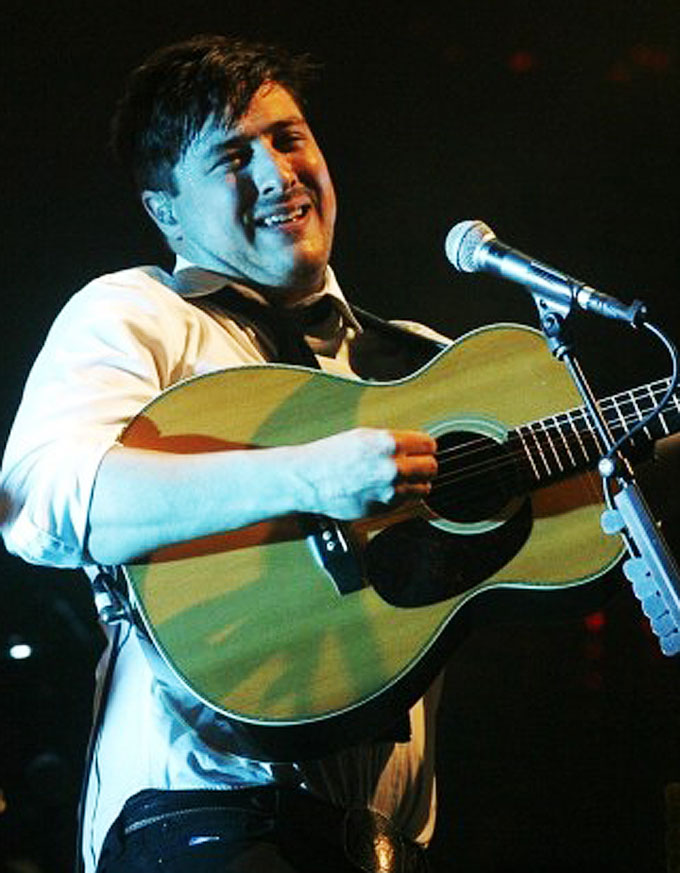 Marcus Mumford - basking in the arrival.

Mumford And Sons – Glastonbury 2013 – Nights At The Roundtable: Holiday Edition

Marcus Mumford – basking in the arrival.

Click on the link here for Audio Player: Mumford and Sons at Glastonbury 2013

If someone had told me back in 2007, when I first ran across Mumford and Sons via their Myspace page, that they would be the closing act for the Glastonbury Festival in 2013, I would have had a hard time believing them. Not that they weren’t instantly likable and a breath of fresh air, even then, but I just didn’t think the world would take so kindly to a band who featured a banjo prominently. To me it was a nod to a time when Folk Music had achieved mainstream acceptance – reminiscent of the days when bands wore identical clothes, had squeaky clean images and sang songs about early Americana or Elizabethan lust. It just seemed like the audience for Mumford and Sons would be limited.

But of course, I was wrong. My preconceived notion, based on what I remembered and not how the form got translated over the decades, bore no resemblance to any of that with this band. Even early on when their first demos were on their page they weren’t your average Folk Group.

They had simply taken a musical form and expanded on it – took the Folk Music structure and turned it around. If anything, their music owes more to the likes of Fred Neil and Sandy Denny than anything. But even with those comparisons, it doesn’t do them justice.

Their music and their message are simple – and simple is surprisingly effective in a world where the mainstream has gone into the extreme with over-production. Marcus Mumford is one of the truly engaging tunesmiths of this generation. His message and conveyance stand alone, and it’s easy to see why they have spawned so many like-bands on the current scene. It’s healthy and it’s appreciated and the audience is responding because, for the first time in a long time, they are being spoken to and not dazzled by postures.

So, it ultimately comes as no surprise that Mumford and Sons have arrived. Their continued success is assured because their music is honest.

And honesty will get you lots of places you couldn’t reach before.

So tonight it’s their closing act performance at this years Glastonbury Festival. The sound isn’t as good as it could be – it will probably appear somewhere soon without all the compression and low-sample rate.

But the recording, like the performance, is all about the message. Sometimes to get it, you have to take what you can get.