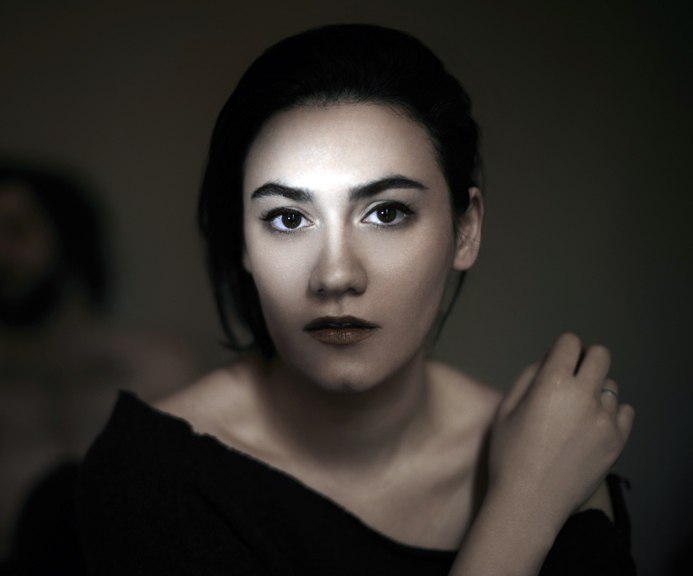 Nadine Shah – In Session At The Great Wide Open 2013 – Nights At The Roundtable: Rock Without Borders/New Faces Edition

To say Nadine Shah is part of Rock Without Borders is a bit a of cheat. Born in Britain with Pakistani and Norwegian parents, Shah has become very much part of the Up-And-Coming scene for 2013. She’s been touring extensively around Britain and the rest of Europe this month, and I have it on high-spirited authority from my colleague and friend Mig Schillace over in the UK that she killed it tonight with a club appearance at The Louisiana in Bristol. Her tour is continuing in the UK for this month and next before heading over to some dates in France, Germany, Belgium and The Netherlands in November. No U.S. dates . . . . .yet.

I suspect we’re going to be hearing a lot from her in the coming months. Since her recent radio appearance on BBC Radio 4‘s Loose Ends program, she’s been referred to as “a singer so new she doesn’t even have a Wikipedia page”, but that’s changing quickly.

Her first album, Love Your Dum And Mad was only released in July and already she’s gotten considerable attention and fans. So yeah, she is new.

For those of you who don’t know who she is yet, or have heard about her and perhaps don’t have her album yet or have read all the positive things about her, here is an acoustic session she did at this year’s Great Wide Open festival in The Netherlands.

She’s being compared to PJ Harvey and Nick Cave . . . . .but she’s new and comparisons just don’t do her justice. So I would leave the likenesses at the door and approach Nadine Shah with open ears.