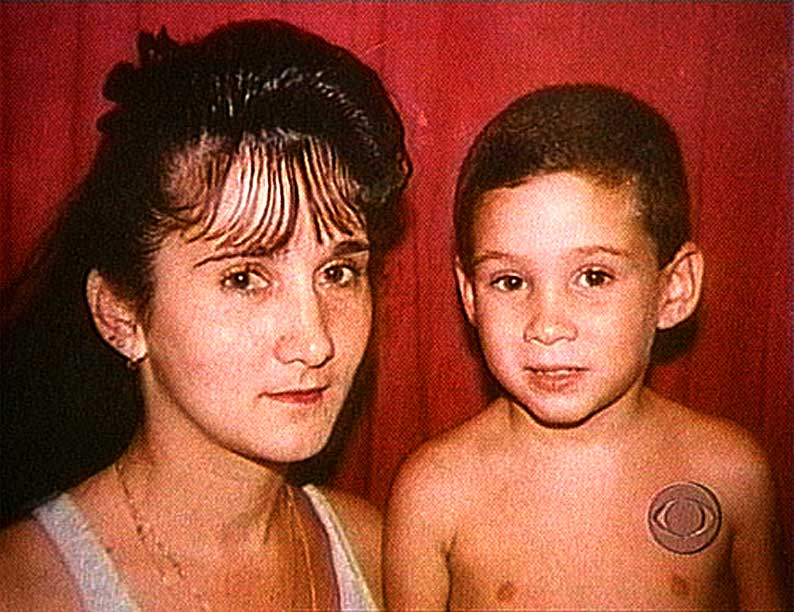 Elian Gonzalez and his mother - a very big storm around a very small teacup.

Elian Gonzalez and his mother – a very big storm around a very small teacup. (BTW – it’s the CBS logo, not a tattoo)

A spillover from the insane 90’s, this 21st day of January in 2000. Not the feared Y2K syndrome, but enough nuttiness to make you with it had happened.

Taking center stage on this day was news of the continuing saga of Elian Gonzalez – the 6-year old stuck in the middle of an insane media storm. Found floating in an inner-tube off the coast of Florida when the boat he and his mother and several other refugees were on sank in an attempt to land in the U.S., Elian’s mother died, but his father had stayed in Cuba. And that’s when the political hurricane made landfall.

On this day the Grandmothers arrived in New York from Cuba with a message to let Elian go home. That didn’t set well with supporters of allowing Elian to stay in Miami who vowed to keep the kid there until hell froze over. The State Department got dragged into it. It was rapidly becoming a political hot-button topic – it was, after all, an election year. The tug-of-war continued.

Meanwhile, it was gearing up for Primary season and it was looking like the Republican frontrunner was George W. Bush coming into the Iowa Caucuses. His stand on abortion was coming under fire from challenger Steve Forbes, with the hopes of steering some of the pro-life votes into his camp. Bush kept reasonably distant from the subject in order to maintain his lead.

And even though Democratic candidate Al Gore was handily in the lead for the Iowa Caucus, he wasn’t taking anything for granted. The vice-President hit the campaign trail in earnest.

President Clinton went to CalTech on this day to renew his pledge in keeping his commitment for funding Science and Research programs in Universities. He was also calling for Federal funding to aid poor families in getting computers and having access to the internet for education.

And today The National Archives announced the complete Watergate Tapes for sale. $18.00 each or $700.00 for the set.

And that’s a sample of what went on this January 21st, 2000 as reported on The CBS World News Roundup Late Edition.