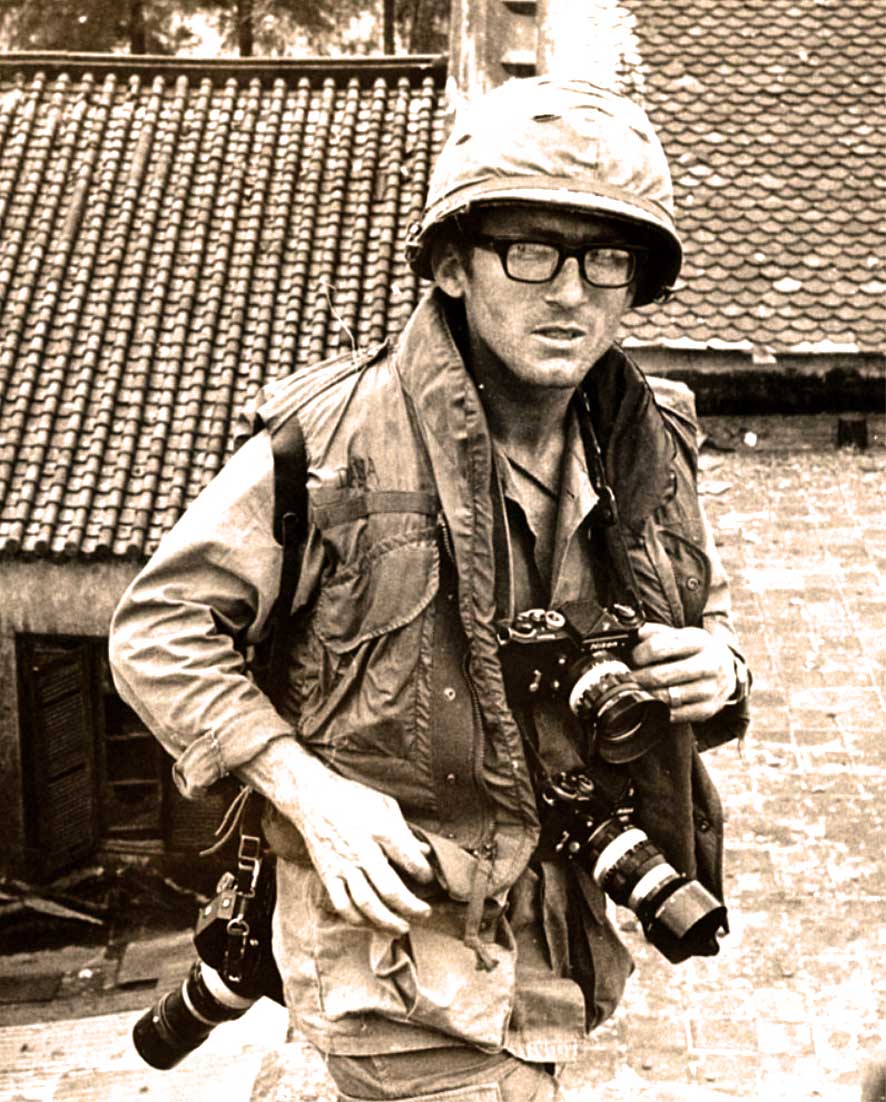 Just trying to get a story amid a sea of stalls and sandbags. (War photographer Dana Stone)

Just trying to get a story amid a sea of stalls and sandbags. (War photographer Dana Stone)

Long before the days of Citizen Journalists, streaming video, Twitter feeds and Instagram, covering any kind of conflict for a journalist was an arduous, complicated affair. Particularly during the Vietnam War. Media blackouts were common. Sand-bagging and false reports were commonplace. The concept of an “imbedded Journalist” meant questioning what was handed by a Defense Department official for publication meant dismissal or decline of access.

Very often, reporters in the field had to rely on other sources for news which were not directly involved in the war – and in some cases got information from Radio Hanoi broadcasts.

If you were part of the established Media, your hands were pretty much tied. But in the mid 1960s, with the coming of age of the Alternative Press, the usual avenues of getting a story no longer applied. Publications such as The Village Voice, Rolling Stone and broadcasters such as Pacifica, routinely relied on overseas Press agencies, such as Reuters and AFP (Agence France Presse) for more credible sources. Particularly in the area of body counts and missing aircraft. The Defense Department routinely played down the numbers of American casualties while routinely playing up Vietcong and North Vietnamese casualties.

Naturally, this new breed of reporter wasn’t welcomed with open arms by the Defense Department, and life for the Counter Reporter was difficult at best.

But the numbers of journalists embracing the Alternative Press model soon made it possible to establish a society of Alternative Journalists. And this society began holding annual conventions. Christened the AJ Liebling Counter Convention, it was named after legendary New Yorker journalist AJ Liebling who was famous for his analysis of American Journalism with his monthly column Wayward Press. It was in his honor the convention was named.

This second annual convention featured a panel consisting of Dan Rather, Morris Marder, Gloria Emerson, Paul Fisher,  Robert Manning and Barry Zorthian where they discuss the topic “The Journalistic Lessons Learned From Vietnam”. Moderating the panel was Bill Woodward. Also on hand with commentary during the broadcast (which goes over two hours), is Nat Hentoff and N.Y. Times Correspondent Tony Lucas.

A very interesting discussion on a situation that haunts us to this day. You would think, after 41 years the situation would change. Sadly, it hasn’t. The methods however, have.