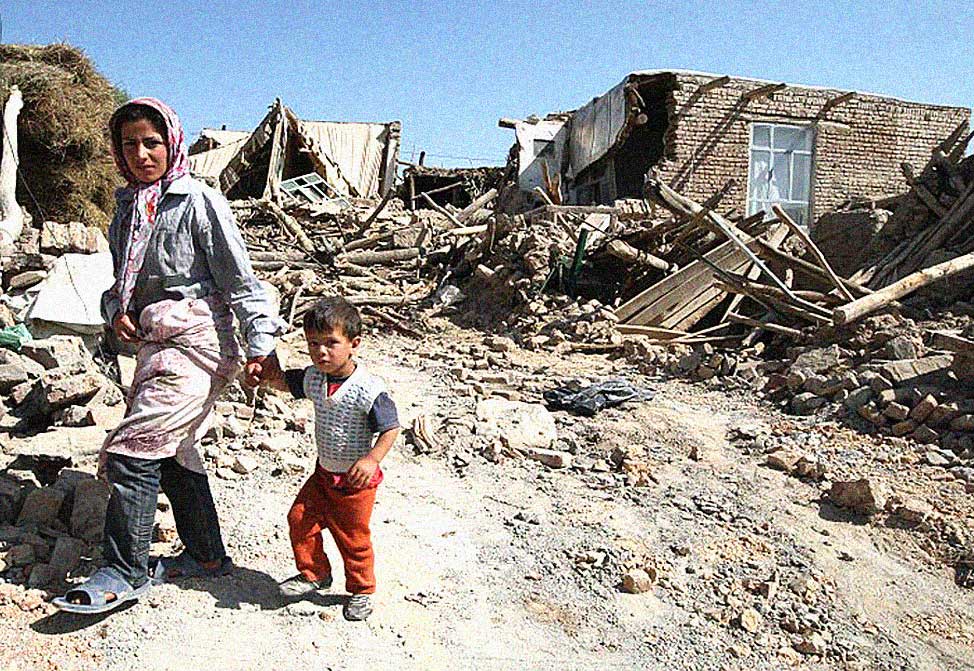 In what was characterized as the worst Earthquake ever to hit Iran, a 7.7 temblor hit Northern Iran in the middle of the night, leaving some 2,000 dead and thousands more injured, this June 20th in 1990.

Felt in Tehran some 90 miles east, the Earthquake was centered in Northern Iran where it leveled whole villages and left hundreds of thousands homeless. Tehran Radio sent out an urgent request for help, but getting to many of the areas was difficult, since landslides triggered by the earthquake buried roads and highways leading in to many of the villages.

A second earthquake triggered even more damage and prompted Ayatollah ali Khamenei to call it “a divine test”.

Elsewhere, the aircraft carrier USS Midway arrived back in port in Tokyo Bay, after explosions and fire the previous day killed two sailors and left nine others seriously injured.

Israel applauded President Bush for breaking off talks with the PLO because PLO leader Yassar Arafat wouldn’t condemn the recent guerrilla raid on Israel. A suspected IRA bomb went off at a Royal Airforce Base north of London. The brother of executed Rumanian dictator Nicolae Ceausescu was sentenced to 15 years in prison on mass murder charges. South Africa announced it would begin releasing Political Prisoners, a key demand of The African National Congress as paving the way for power-sharing negotiations in the post-Apartheid atmosphere. South African leader Nelson Mandela visited New York and addressed anti-Apartheid rallies in Harlem and at Yankee Stadium.

Meanwhile, on Capitol Hill – the House was getting ready to vote on a Constitutional amendment regarding Flag burning. From the looks of it, support for the amendment didn’t appear strong enough to clear the 2/3 majority needed to passing.

In San Francisco, the International AIDS Conference got underway with mass demonstrations and some 80 arrests – and outside the Convention Center it was just as contentious. The AIDS crisis was on everybody’s mind.

And in Germany, a treaty was approved to combine the economies of the former East and West Germany, going into effect in a week. It was the biggest step taken so far in the reunification of Germany.

And that’s part of what went on,this June 20th in 1990 as presented by The CBS World News Roundup.